It sometimes is hard to comprehend just how much useful communications spectrum exists in the millimeter wave bands (3 GHz to 300 GHz), even if some blocks already are allocated and even if  high attenuation has key network architecture implications.


“You can take all of the useful spectrum we now use from DC to 30 GHz and drop it into the lower end of the millimeter-wave region and still have 240 GHz left over,” said Lou Frenzel of Electronic Design.


“The unlicensed band at 60 GHz contains more spectrum than has been used by every satellite, cellular, WiFi, AM Radio, FM Radio, and television station in the world,” some would say.


Spectrum at 28 GHz, 38 GHz, and 70-80 GHz looks especially promising for next-generation cellular systems, many would argue.


The bandwidth available in the 70 GHz to 80 GHz frequency band, a total of 10 GHz, is more than the sum total of all other licensed spectrum available for wireless communication in the United States, for example.


Some four bands in the upper millimeter wave region have been opened for commercial applications.


Of the four bands, the 59-64 GHz band (commonly referred to as V-band or the 60GHz band) is governed by FCC Part 15 for unlicensed operations. The band us suited to very short range point-to-point and point-to-multipoint applications.


The 92-95 GHz band (commonly referred to as W-band or the 94 GHz band) is also governed by the FCC Part 15 regulations for unlicensed operation, though for indoor applications only.


The 94 GHz band may also be used for licensed outdoor applications for point-to-point wireless communication per FCC Part 101 regulations.


However the band is less spectrally efficient than the other three bands due to an excluded band at 94 to 94.1 GHz.


The 71 GHz to 76 GHz and 81 GHz to 86GHz regions (commonly referred to as E-band or the 70 GHz and 80 GHz bands), are reserved by the U.S. Federal Communications Commission for licensed operation, as the most ideally suited millimeter wave band for point-to-point wireless communication applications, some would traditionally say.


With new spectrum sharing techniques developing, it is not so clear how access might eventually evolve across the millimeter wave region.


What is clear is that a prodigious amount of new communications spectrum is available, albeit with signal attenuation issues. 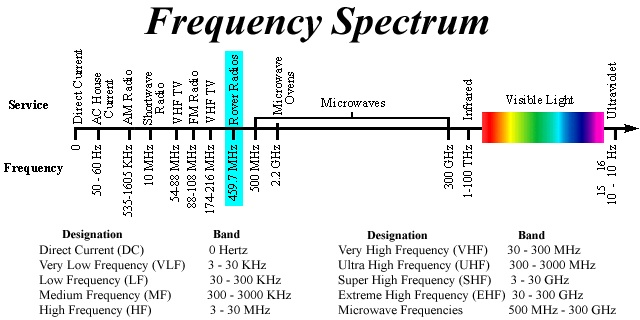