Internet Access Drives At Least Half of All U.S. Communications Revenue

Just what percentage Internet access now represents, as a percentage of total U.S communications service revenues, is a bit difficult to estimate. Internet access could represent a low of 33 percent of total industry revenue, or as much as 66 percent, depending on one’s assumptions.


U.S. consumers spent $100 billion on Internet access in 2013, according to the Government Accountability Office. That figure might include both fixed and mobile access, plus Wi-Fi and other spending. Other estimates suggest mobile data alone hit $90 billion in 2013, however.


That would imply $33.5 billion in mobile revenue and $33.6 billion in fixed Internet access revenue, amounting to $67 billion in total revenue. Analysts who reach higher figures might use higher assumed recurring service rates.


But some have estimated there were 180 million Internet access accounts in service in 2013, more than the 163 million cited by the U.S. FCC. Assume 57 percent of the accounts were mobile, while 43 percent were fixed. That implies 102.6 million mobile accounts and 77.4 million fixed accounts.


So we might reasonably conclude that Internet access revenues, including mobile and fixed accounts was about $100 billion.


If 2013 U.S. communications service revenue was about $300 billion, then Internet access accounted for 33 percent of total revenue.


Some estimates peg industry revenue at higher levels, but the percentage of fixed and mobile revenue probably doesn’t vary much.


Still, data services would have represented about 45 percent of mobile segment revenue.


Likewise, hIgh speed access accounted for half of fixed network revenue in 2013. As a rough rule of thumb, it would be reasonable to estimate that, by 2014, about half of all revenue on fixed and mobile networks was generated by Internet access sources.


Another inference one might make is that the greatest value of higher-speed access is supporting multiple users, not better experience for any single user. The most bandwidth-intensive application for the typical user is high-definition TV or other streaming apps, at 5 Mbps to 8 Mbps minimums.

Add in business segment revenues--always heavily weighted to capacity sales--and data services undoubtedly drive much more than half of all service provider revenue. 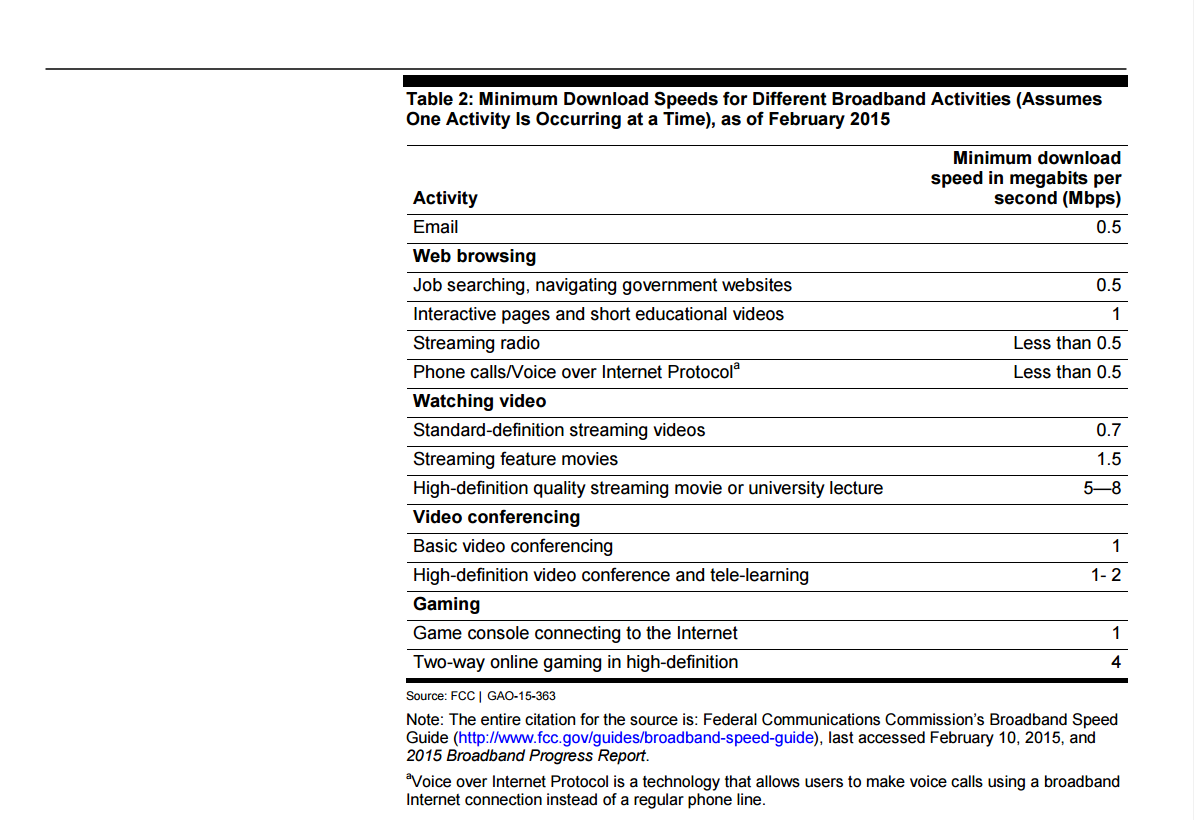