Vodafone revenue declined, year over year, for the period ending in March 2015.


But revenue has been growing in recent quarters, a sign some interpret as evidence the cyclical dip is over.

In fact, many seem to believe broader market revenue growth will reignite in 2017, after stabilizing in 2015 and 2016.


Unfortunately, the full-year results have not been unusual over the last several years. Revenue declined in 2014 and 2013 as well. Without Verizon, results would have been worse.


Revenue growth was nearly flat between 2010 and 2012. Across Western Europe, forecasts for revenue growth are negative. The issue is whether the revenue pressure is structural or cyclical.


Since 2011, Vodafone has had a negative 3.4 percent revenue growth rate, the impact, one might easily conclude, of selling its stake in Verizon Wireless.

At least some believe the problems are cyclical.


To be sure, some analysts have forecast similar problems in the U.S. mobile market, and so far, the predictions arguably have failed to emerge, although some might argue the profit margin for mobile Internet data is plummeting.


A study sponsored by Tellabs, and published in 2011, pointed out declining margins for mobile Internet access. But that is not the same thing as declining margins across the whole business, for every service provider. AT&T and Verizon have had different results than Sprint or T-Mobile US.


Also, observers might disagree about what is happening in the U.S. prepaid segment. Some have argued prepaid will grow. Others might argue that it appears prepaid users are migrating to postpaid plans, as the U.S. mobile marketing wars are making postpaid a more affordable option. 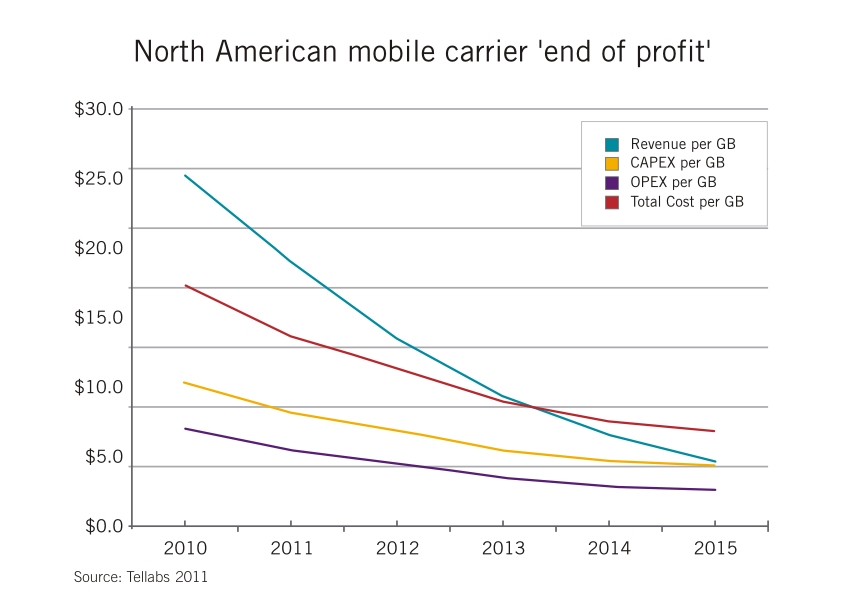