300 Mbps Access is Great, But not a Consumer Offer

Comcast is readying a 305 Mbps high-speed access service to counter Verizon's 300 Mbps FiOS offer of 300 Mbps, costing $205 a month. Though some consumers might actually be willing to pay that much, most will not.


U..S. access speeds are about 5 Mbps, some studies have suggested. At some level, it might be useful to calculate "cost per megabit per second," though no consumer buys access using that metric, opting instead for an assessment of actual monthly recurring cost, and headline speed.


At the moment, U.S. offerings, overall, cost about $3.33 per megabit per second, with huge differences between urban FiOS access and rural digital subscriber line price-per-megabit-per-second, for example.


Over time, we should anticipate that users will spend more money, per month, on broadband, simply because speeds and caps are correlated. And as more entertainment video gets watched, users will need larger caps.


But one problem is that "nominal prices" are not "effective prices" when most consumers buy a triple play bundle including broadband access, voice and entertainment video.


In  2010, for example, Comcast reported a monthly total revenue per video customer of $129 a month. By correlating the number of revenue generating units (RGUs) Comcast had at the time, one might suggest that the video portion of the bundle cost about $71 a month; the broadband access about $42 a month and voice service about $36 a month.

That rather suggests to some of us that most consumers are not likely to spend much more than $40 to $50 a month for high speed Internet access, with a tendency over time for higher prices. 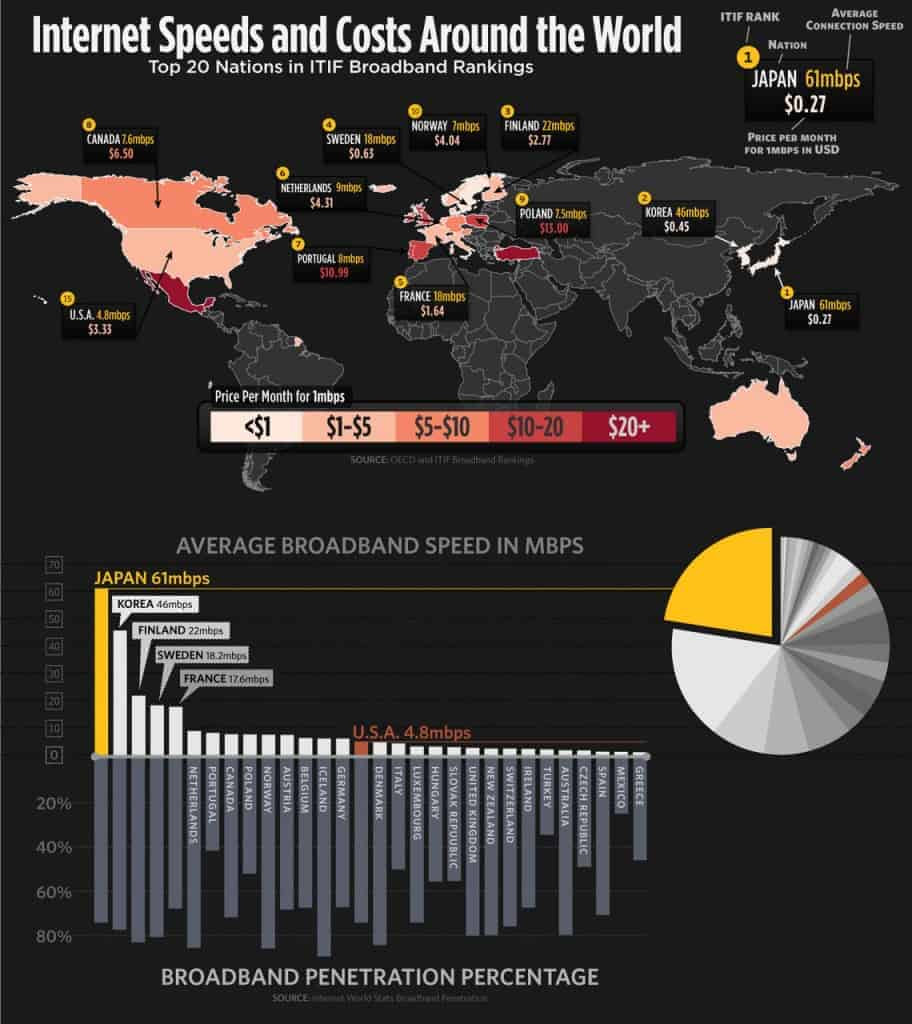