Broadband "Progress" Is Hard to Measure, These Days 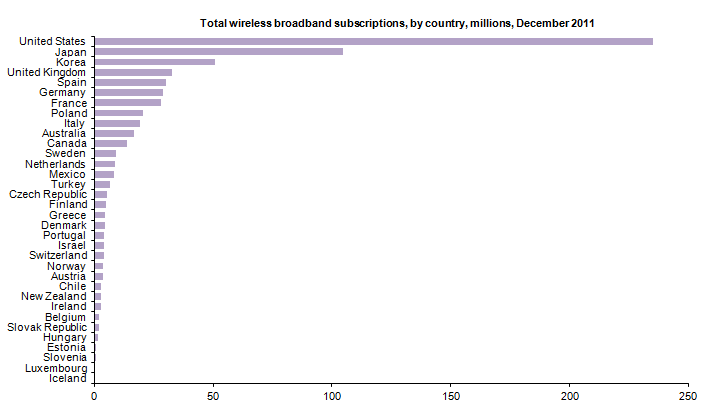 Whether you are an end user, a service provider, an investor or a regulator, it now is harder than it once was to figure out what to buy, why to buy, where to invest, how much to invest or what the important metrics are, when trying to determine how well any nation or area is doing, in the area of broadband access.

According to Organization for Economic Cooperation and Development statistics, there were 314.9 million fixed network broadband connections in use in the OECD countries in December 2011, for example.

That has obvious implications for service providers, investors, end users and regulators alike, as it means any effort to measure broadband subscribers, access speeds and prices is much more complicated than it once was. 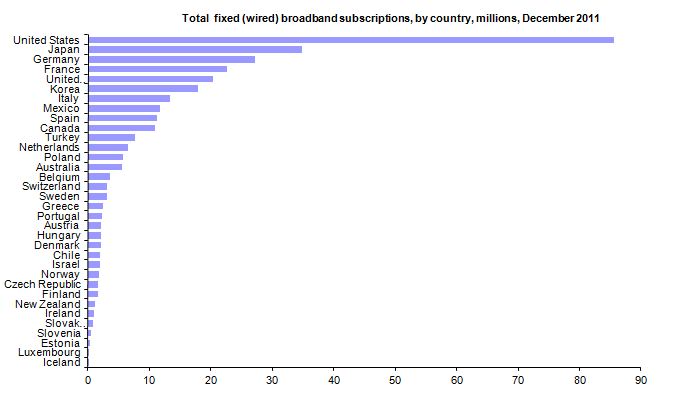 As tablets show a historic shift in what people are doing, and want to do, using “computing” devices, so people are showing historic new patterns in terms of how they want to consume Internet applications and content.

Though the trend is most clear in developing regions, where a mobile device is the primary way people use Internet apps, it increasingly is the case that a “small screen” smart phone or feature phone is the way many people are choosing to use the Internet.

In China, for example, there now are fewer fixed broadband subscribers, compared to last year. Internet users reached 530 million over the past six months, but the  broadband subscriber base actually shrank as mobile became the most popular way for users to get online for the first time, a report by the Chinese government suggests.

Instead of growing, as you might expect, fixed broadband accounts actually declined, as users apparently decided to spend their money on mobile broadband, rather than fixed broadband.

The point is that, though it is useful to measure how fixed network access bandwidth, usage or prices are developing, that does not offer a full picture of how people are using broadband, since two thirds of broadband connections in the OECD are of the mobile variety.

For example, though it is noteworthy that the Federal Communications Commission reports “striking across-the-board-improvements” in U.S. broadband access services in its July 2012 “Measuring Broadband America Report,” that describes improvements in connections that represent only about a third of total paid connections.

The study is important, as it suggests fixed network ISPs are doing much better, in a few key areas.

Five ISPs now routinely deliver nearly one hundred percent or greater of the speed advertised to the consumer even during time periods when bandwidth demand is at its peak, the report says.

In the August 2011 Report, only two ISPs met this level of performance. In 2011, the average ISP delivered 87 percent of advertised download speed during peak usage periods; in 2012, that jumped to 96 percent, the report says. .

On average, customers subscribed to faster speed tiers in 2012 than in 2011. This is a result of both upgrades by ISPs to their network as well as some migration of consumers to higher speed services.

During the testing period for the August 2011 Report, the average speed tier was 11.1 Megabits per second. In the latest report, speed increased to 14.3 Mbps, an almost 30 percent increase in just one year.

The report expresses optimism that the U.S. market is moving toward the goal of equipping at least 100 million homes with actual download speeds of at least 50 Mbps by 2015, and 100 Mbps by 2020.

The August 2011 Report showed that the ISPs included in the Report were, on average, delivering 87 percent of advertised speeds during the peak consumer usage hours of weekdays from 7:00 pm to 11:00 pm local time.

The July 2012 Report finds that ISP performance has improved overall, with ISPs delivering on average 96 percent of advertised speeds during peak intervals, and with five ISPs routinely meeting or exceeding advertised rates.

This compared with 2011 results showing performance levels of 82 percent for DSL, 93 percent for cable, and 114 percent for fiber.

All of that is good news for end users. But those improvements reflect changes to about a third of all U.S. broadband connections. And it remains very hard to measure “value” in the broadband access business.

Raw speed is a good thing. But if raw speed were the only consideration, people wouldn’t pay for and use mobile broadband. Nor is any measurement of fixed network broadband access the full story, in any nation within the OECD, or arguably outside the OECD, as well.
at July 23, 2012