Why Economics Matters for the Supply of Broadband Services

Frustration with the pace and scale of faster broadband in the United States is a persistent theme in some quarters. The criticisms are not without merit, at times, in an absolute sense.

As citizens debate whether an injury to a citizen anywhere on the globe is really "our problem," there is an inevitable tension between the position that "we are morally responsible to fight evil, injustice an oppression anywhere on the planet" and the position that "we just can't be everywhere and do everything."
In principle, we must balance the principle that every human being, anywhere, has exquisite value, an almost infinite obligation, with the reality that resources and will are finite. 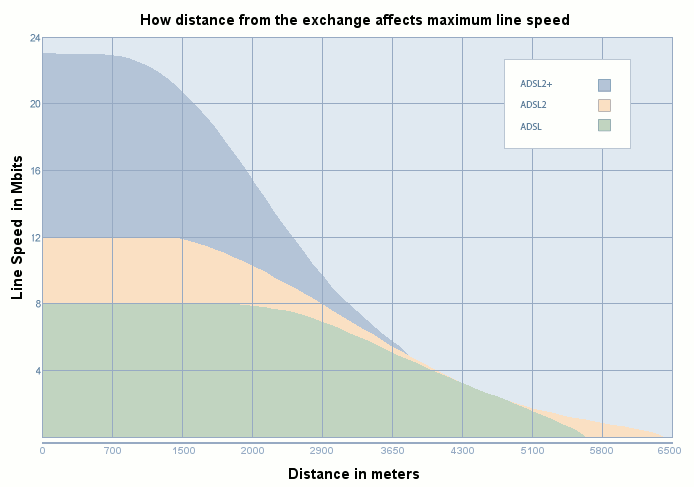 Often, the claim is made that U.S. Internet access "speeds are slow and costs are high," in a sort of an unhistorical sense, comparing absolute prices and speeds with those in other nations.

It always has been the case that the United States ranks something between 12th and 15th on nearly any index of "teledensity." That was true even at the peak of fixed network telephone demand, and likely will continue to be true for any measure of mobile adoption or broadband adoption as well.

The reasons are rather mundane. The countries with the fastest broadband access are smaller countries with high population density. That has direct implications for the cost of fixed networks.

Rarely, if ever, can a continent-sized country appear at the very top of indexes of Internet access speed or fixed network services. The reason is that networks are expensive when population density is low and surface area is large.

Also, in a continent-sized country, it matters whether population is clustered "around the edges," as in Canada and Australia, or distributed more widely across the interior.

Even some observers relatively critical of U.S. lagging in the pursuit of faster and ubiquitous broadband note the problem.

"We have a funny demographic: we’re not as densely populated as the Netherlands or South Korea (both famous for blazingly fast Internet service), nor as concentrated as Canada and Australia, where it’s feasible to spend a lot of money getting service to the few remote users outside major population centers," says Andy Oram of O'Reilly Radar. "There’s no easy way to reach everybody in the US."

There other unavoidable issues as well. Average costs in some countries are much higher than in others. So where housing, transportation and all other costs are higher, broadband prices also will be higher, in part because network construction costs are higher, and retail prices must be set at levels that recover the investment.

What matters in such cases is the percentage of a user's income, or a household's income, that is required to purchase high-speed Internet access, not necessarily the absolute cost. On such scores, U.S. broadband is among the most affordable in the world.

To be sure, "speed" remains an issue, but as a historical matter, Internet speeds have doubled about every four to five years.

From 2000 to 2012, the typical purchased access connection grew by about two to three orders of magnitude in about a decade.

Gigabit access availability grew 300 percent between 2010 and 2012, for example. That means gigabit access will be available in the United States, widely, between 2020 and 2023. 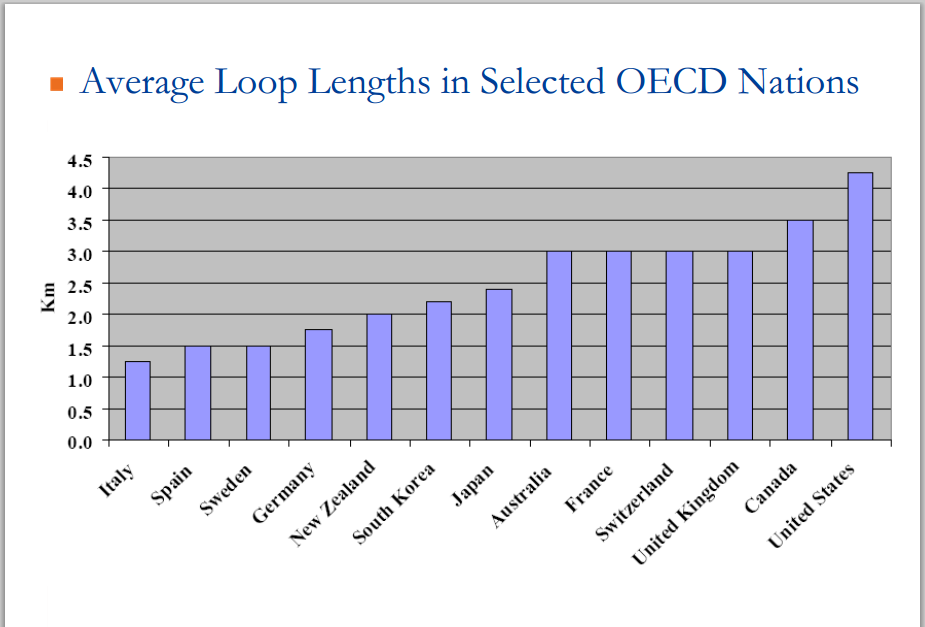 That requires nothing other than extrapolation from historical trends in the Internet access business.

The "average" loop length in the United States is about 4.25 kilofeet, meaning half are longer than 4.25 kilofeet. Lots of long loops mean lots of lines that are not capable of speeds much faster than a few megabits per second, on all-copper loops.

In most European countries, for example, loop lengths average 1.5 kft to 3 kft.

That will start to fade, as a limitation, as more networks are reinforced with optical fiber. Newer versions of digital subscriber line technology really do help, but loop length has to be controlled.
at December 10, 2013