Casa Systems demonstrated DOCSIS 3.1 with upstream speeds of more than 400 Mbps. Casa Systems is now one of the first suppliers of DOCSIS 3.1 to show multi-Mbps upstream traffic. Previously, Casa Systems had shown support of 4.5 Gbps in the downstream direction.
Although perhaps not originally envisioned, the cable TV hybrid fiber coax network has shown extraordinary ability to support hundreds of megabits to gigabit Internet access speeds using software upgrades, without requiring a fiber-to-premises upgrade.
That capability has allowed U.S. Internet service provider Comcast, now the biggest supplier in that market, to double the capacity of its network every 18 months.
In other words, Comcast has  increased capacity precisely at the rate one would expect if access bandwidth operated according to Moore’s Law.
U.S. telcos have generally not been able to increase speed at such rates. That, in large part, might account for Comcast’s leadership of the Internet access market.
That said, across the whole market, access bandwidth has grown at rates very close to what one would expect if Internet access were governed by Moore’s Law. 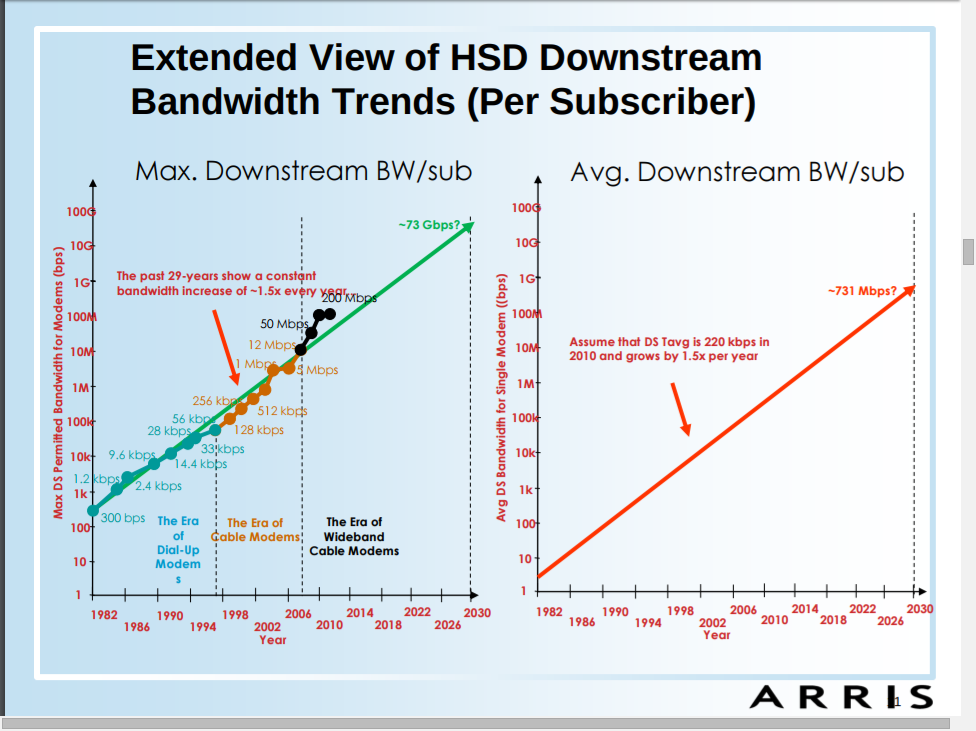