If policymakers want new networks to develop as functional substitutes for existing networks, some structural realities will have to be addressed.

For starters, video is a media type that places unusual stress on networks, especially wireless networks that have clear bandwidth limitations, compared to modern fixed networks.

Entertainment video also is a media type with very-low revenue per bit characteristics.

In other words, video is expensive to deliver, and yet generates very low--if any--direct revenue for an ISP.

By about 2014, data services generated about 35 percent of mobile service provider revenues while consuming 54 percent of the network resources, according to Nokia (Alcatel-Lucent).


That is based on an analysis of capital investment for incremental Internet access megabytes that in 2009 already had climbed to a range of 6.6 to 35 cents per annual incremental megabyte, or about $6.60 per gigabyte up to as much as $35 per gigabyte. That’s the access provider incremental capex cost.


Subscribers watching a movie on their mobile device at standard definition might consume a gigabyte per hour. For a two-hour movie, that could be as much as 2 GB, for data consumption alone.


Assume a retail mobile data plan cost of about $10 per gigabyte. You see the problem. Viewing a single standard-definition movie “costs” $20 in data usage, in addition to the actual content cost. Watching eight hours a month could cost $80 a month, per device.


In 2016, U.S. mobile subscribers will spend about 30 minutes a day watching video, or perhaps 15 hours a month.


That implies use of at least 15 GB a month, if all that consumption happened using the mobile network. Obviously that is not the case, as users are shifting most of that viewing to Wi-Fi. In fact, by 2015 about half of all mobile device data was consumed using Wi-Fi.


If policymakers want to encourage both innovation and mobile or Wi-Fi platforms as functional substitutes for existing networks, ability to support entertainment video will be necessary.


How that can happen unless zero rating, or very low cost rating happens, is not clear. 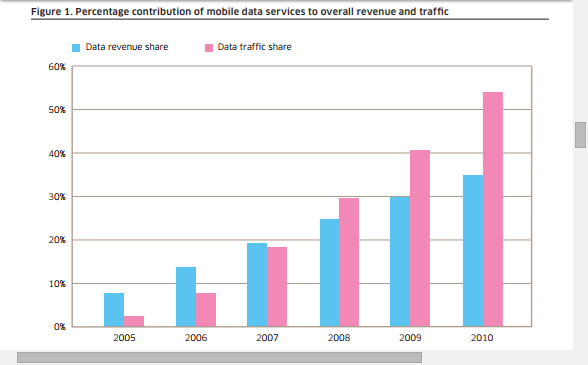