Games generated approximately 85 percent of app market revenue in 2015, representing a total of $34.8 billion across the globe, says App Annie. “We expect the games category to grow to $41.5 billion in 2016 and $74.6 billion in 2020 thanks to strong monetization in mature markets, especially China's tier-one and tier-two cities, as well as Japan and South Korea,” App Annie says. 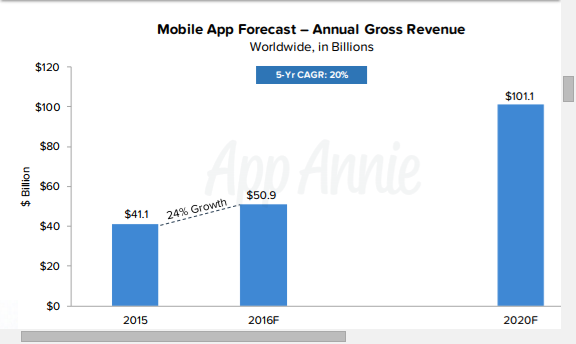