Though it is undoubtedly true that network performance is a significant churn driver, nothing is more important than price, for nearly a third of consumers who left one mobile service provider for another, according to 451 Research.


Other surveys show an even bigger price driver. “Price” was reported to be the churn rationale for 38 percent to 55 percent of polled consumers in Europe and the United States. Price was less an issue in Asia, the Middle East and Africa, where a variety of reasons other than price, service coverage or customer service contributed to churn decisions.


Yet other surveys suggest that mobile Internet access quality is a serious churn driver.


With the caveat that “why” consumers take actions can differ from the “reasons” they give for taking those actions, price seems always to be a paramount concern, if not the only concern, when consumers make a service provider switch.


By some measures, mobile churn rates, on an annual basis, are lower than for some other leading products. Mobile operator churn has recently been averaging about 14 percent or less for Verizon and as high as 16 percent for AT&T.


Recently, however, both T-Mobile US and Sprint have managed to get postpaid churn rates down to about 18 percent annually.


But churn rates vary significantly for different types of accounts. Multi-user or family accounts, for example, tend to have lower churn rates than single-user accounts.


Many retail banks have annual churn rates of between 20 percent and 25 percent. 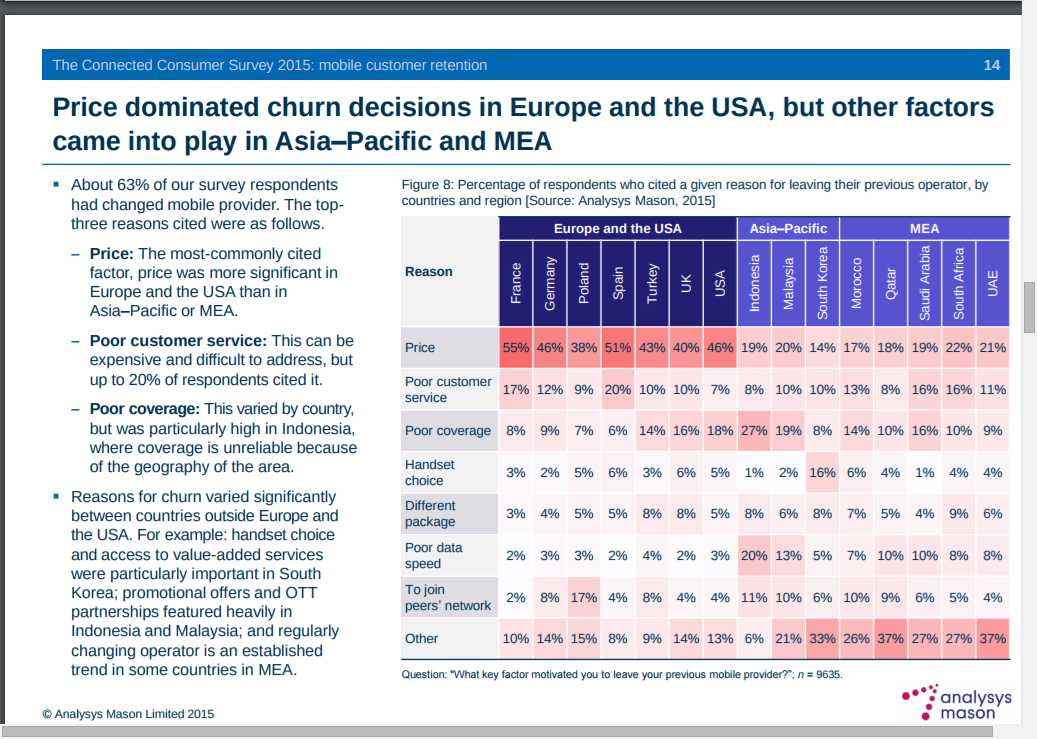