App Developers Aren't in it for the Money

Developers often are quite different from Internet service provider or telecom executives, and that has implications for how ISPs work with developers.

So, in working with developers, it might often be the case that the desire to be rich takes a back seat to creativity, peer recognition and fun. Unless ISPs emphasize recognition, fun and ability to be creative, they often will face cultural issues when trying to work with and woo developers.

Almost 75 percent of the developers surveyed by inMobi have been in the industry for less than three years. And most work solely or very small firms.


Just eight percent of firms have more than 20 employees. In fact, some 47 percent of respondents work by themselves. the inMobi survey suggests.


Games and entertainment are the two largest categories of developer interest, across all regions (Asia, North America, Europe).

Java, JavaScript, HTML5 are the most preferred languages for designing and developing apps. 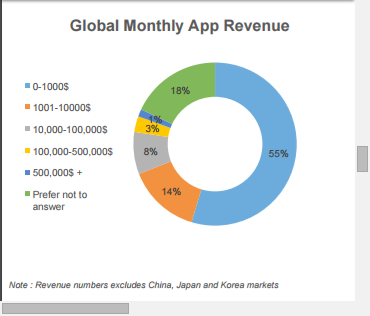 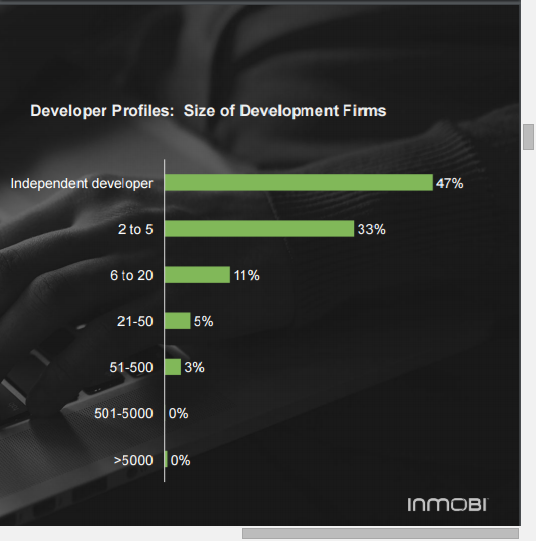 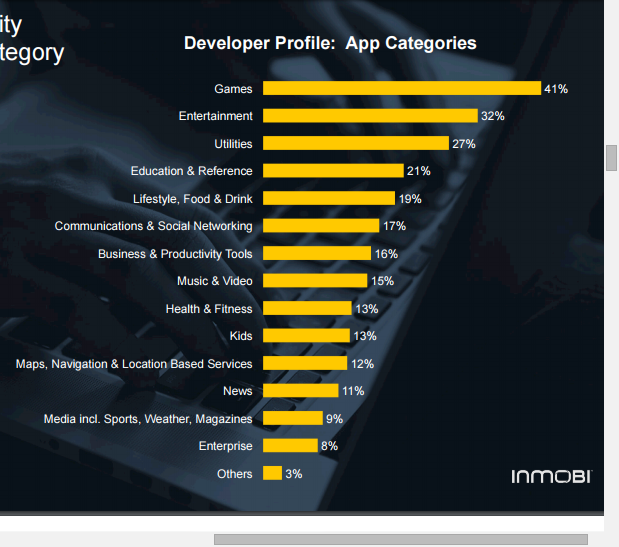