“Network traffic in the Americas seems to be getting increasingly concentrated,” said Dave Caputo, CEO, Sandvine. Although most will not be surprised that Netflix is the single application representing the greatest bandwidth consumption, and continues to rise as a percent of North American fixed network traffic, Facebook apps come in second. 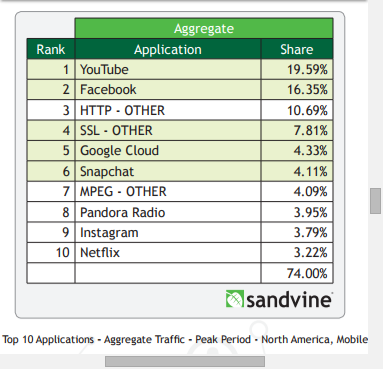