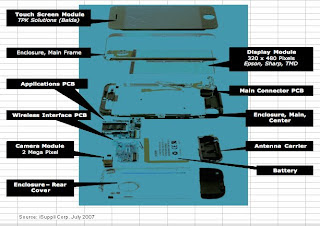 You might wonder how Apple can sell 3G iPhones at a subsidized price from AT&T of $200 or so. Well, according to iSuppli analysts, the phone costs about $265 to produce.

Apple gets $300 from AT&T for each device sold. After packaging, shipping and marketing costs, Apple will have to make its money elsewhere. Applications, music and movies would appear to be the "somewhere else."

As part of the new arrangement, Apple will not be getting recurring revenues from usage plans.