Technologists Versus Hollywood: A Long History

On January 17, 1984, by a five to four vote, the the U.S. Supreme Court ruled that video cassette recorders (VCRs) did not infringe on Hollywood studios’ copyrights. Keep in mind the issue here: it wasn't the use of a VCR to create and sell illegal copies of content; it was the existence and use of the devices.

The ruling in Sony Corp v. Universal City Studios, though, was an important but not unusual case of new technology being opposed by Hollywood and other content interests. In some ways, the clash is inevitable.

New technology nearly always us seen as enabling infringement of copyright of artists, even though, as content owners found out, technology also can create the foundation for new and large content markets. Though its day has passed, Blockbuster Video and the ability consumers now have to lawfully buy and own copies of movies and TV shows was the result of the decision.

Keep in mind that the technology in question was not even a consumer product. In 1976 a VCR costing $3,000, adjusting for inflation, about $11,360 in 2010 dollars.
.
But it also has to be said that the costly eight-year battle didn't help Sony, as its Betamax standard lost out to JVC’s rival VHS standard. Photocopiers provide another example of the tension.


So do issues around game cartridge backup devices.

The point is that there is a long history of conflict between new enabling technologies and defenders of copyrights and intellectual property. There are legitimate issues, to be sure. But it also is true that copyright owners generally resist important new technologies related to the distribution of content and information. 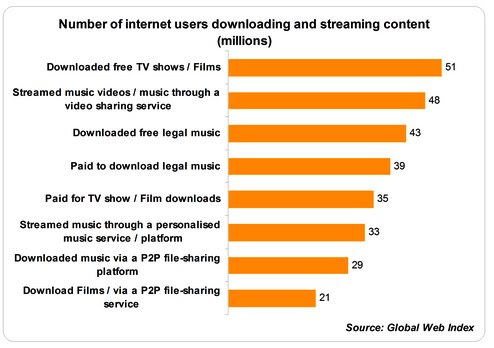 In fact, some would say that the evolution of consumer consumption of video, for example, has been a story of ever-increasing ability of consumers to "watch what they want, when they want it," ever since the invention of the VCR.

Others would argue that better technology reduces consumer incentives to pirate content.


Technology and copyright interests often clash because copyright holders fear the new technologies will disrupt existing business models and will undermine intellectual property rights by enabling new forms of piracy. It is a legitimate concern, though some would say quite often overblown.

The recent battle over the "Stop Online Piracy Act" was one example of such tensions. The growing battle over Anti-Counterfeiting Trade Agreement will be the next fight.
at January 28, 2012