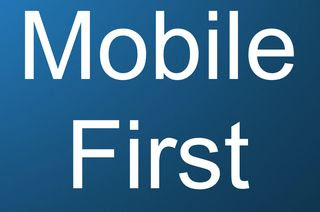 
For Google, mobile first means new applications and initiatives are centered on mobile devices rather than PCs, mobile Internet rather than PC access to the Internet, and the mobile context instead of PC context.

That's why Android, Motorola Mobility and Google Wallet are associated with Google, where it might not have made so much sense in the past.