10% of Wearable Owners Have Stopped Using Them

You never can be too sure what the “next big thing” will be, in the connected devices business.


Tablets and smartwatches might be among the categories that have failed to achieve that status. People use them, to be sure. But neither device yet has yet to prove it is transformative in the same way that PCs earlier, and smartphones recently, have been.


Some 10 percent of wearable owners have stopped using their wearable, according to an Ericsson ConsumerLab poll of wearable device owners from Brazil, China, South Korea, the United Kingdom and United States.


Ericsson says about 33 percent of those who abandoned use of wearables did so within the first few weeks of ownership. 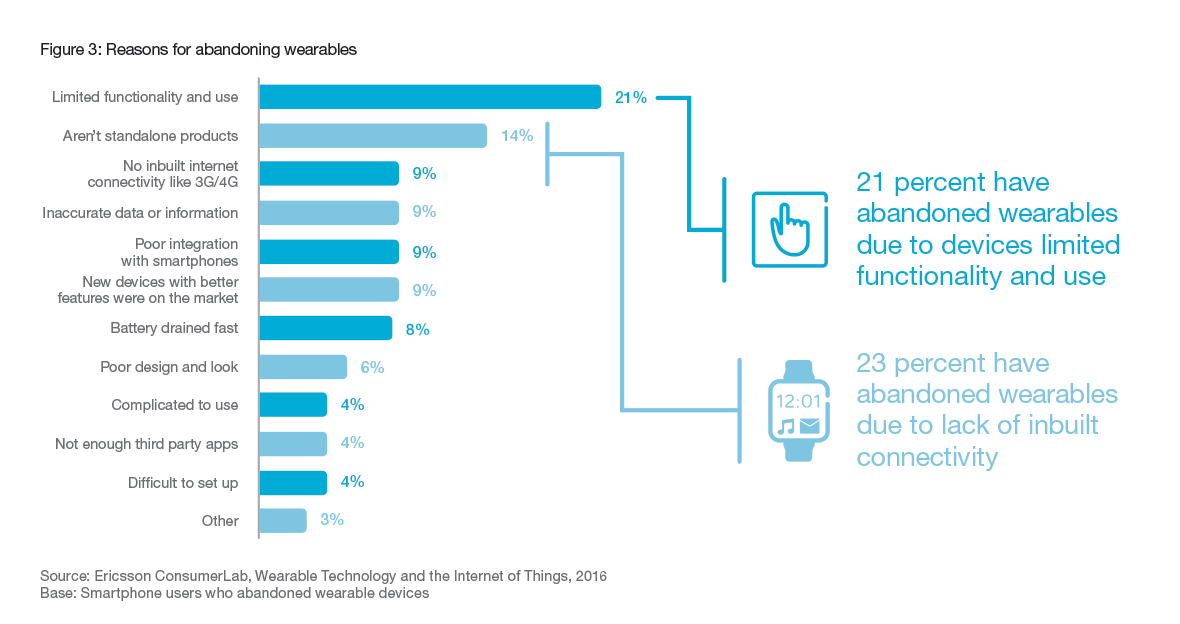