All present “Internet of Things” forecasts are likely to be wrong, and wrong on the high side, especially in the early years. That simply is the pattern when new technologies and markets emerge.

Almost always, when new technology is adopted, expectations are too high for the early deployments, but often too low in the later years.

There is a chance the forecasts will be correct in terms of magnitude, but wrong in terms of timing.

A complicating matter is that different definitions are used, either inflating or deflating the estimates. Some of the confusion is understandable. The broad notion of devices connected to the Internet makes sense.

But some major categories of devices fitting that definition by excluded, to avoid confusion. Internet-connected phones, PCs and tablets are generally excluded. Mostly everything else is included.

Even so, the number of product categories and functions is diverse enough to confuse most of us, most of the time, about where the growth exists.


Eventually, we will reach some common understanding. But possibly not soon.

There might be 35 billion to 50 billion IoT devices in use by 2020. But the higher estimate often includes smartphones, tablets and personal computers (devices that many do not consider IoT devices).

If that is the case, even the more-conservative forecasts--all other trends developing as forecast--are too high, because they include many billions of "non-IoT" devices. And even if the forecasts prove correct in terms of magnitude, they are likely to prove wrong in terms of timing.

The market will take far longer to develop, than many seem to anticipate. 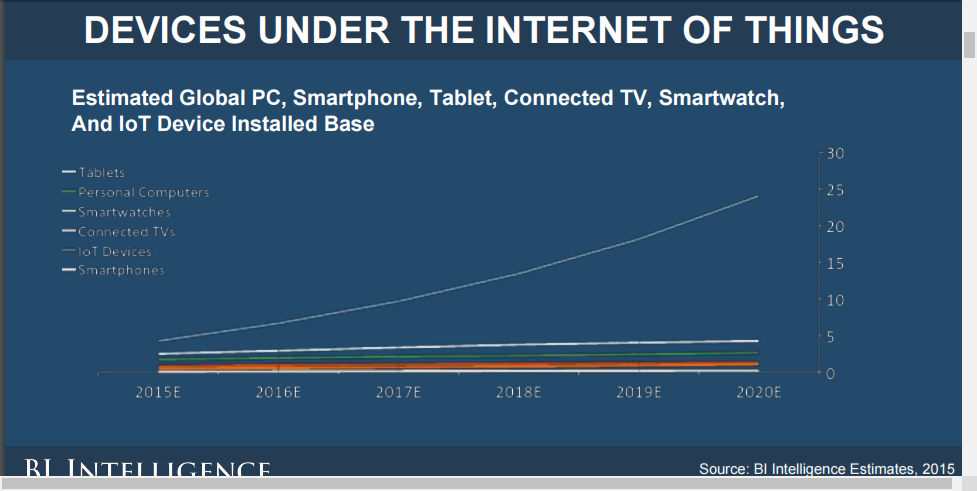 Precisely which segments will develop first, and substantially, is a big unknown. Some seem to believe consumer wearables or connected home appliances will lead; others think business devices will drive most of the adoption. Yet others think "government-mandated" apps, devices and connections will lead.

By some estimates, the industrial IoT might already have largely arrived. The bad news for industrial IoT proponents is that, if that is correct, industrial IoT growth will not be so robust as many expect, and most of the deployments will happen in the consumer appliances area. That largely is driven by home automation or home security apps. 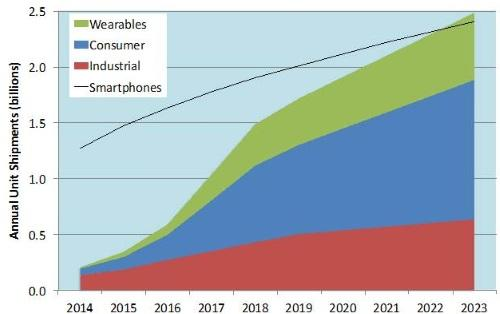 
Others think the volume of deployments will be by businesses and governments (“smart city” apps, broadly defined). 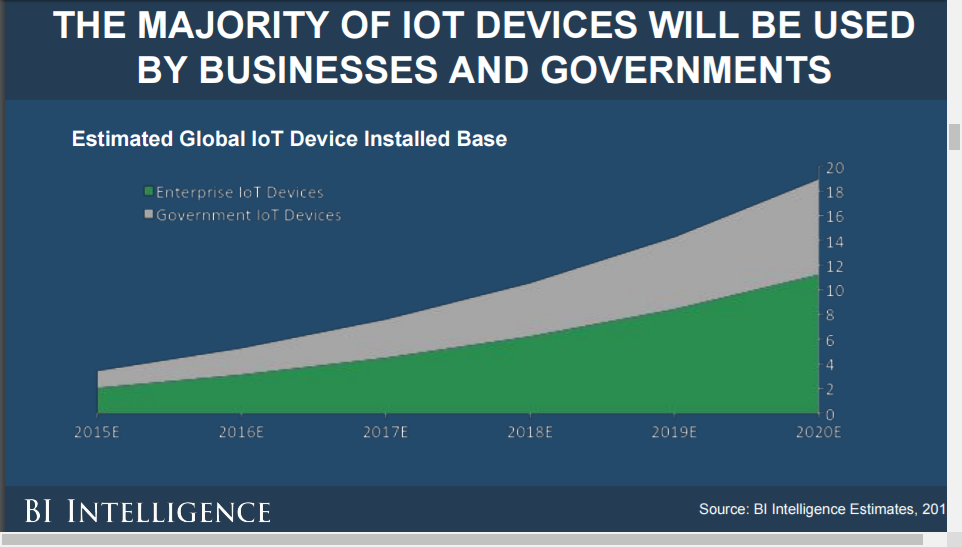