Smartphones Cost as Little as 0.6% of Per-Capita GNI in Japan; 48% in Ethiopia

The cost of smartphones is very high in many developing nations, measured as a percentage of gross national income per person, according to KCPB partner Mary Meeker. 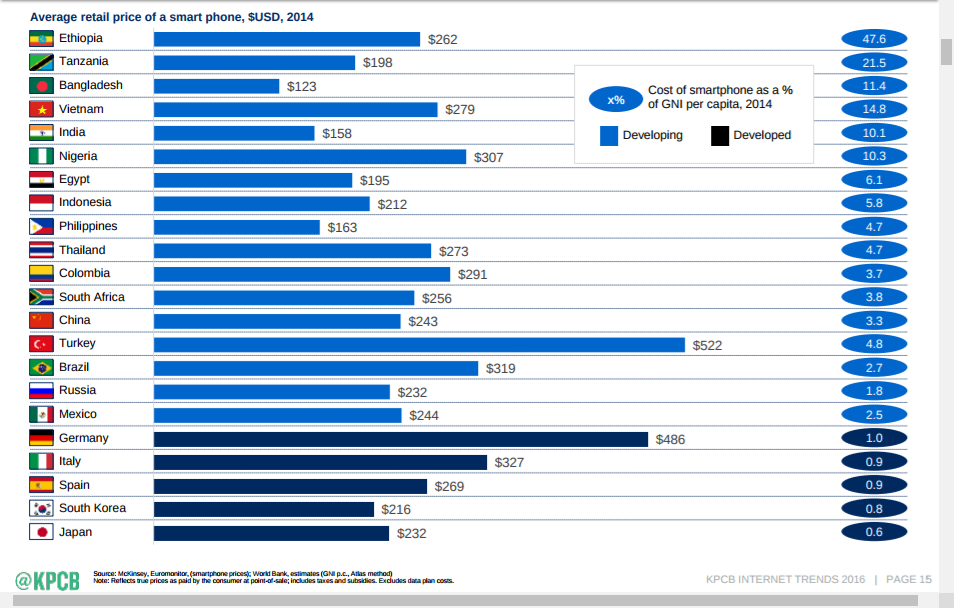