Generational Differences in Role of Technology

There is an argument that psychographics are more important than demographics. In other words, it often is argued, a consumer’s personality, values, opinions, attitudes, interests and lifestyles matter more than where a consumer lives, how much money a consumer makes, education attainment or age.


In actuality, both probably matter to some extent, though targeting relies more on psychographics than demographics. 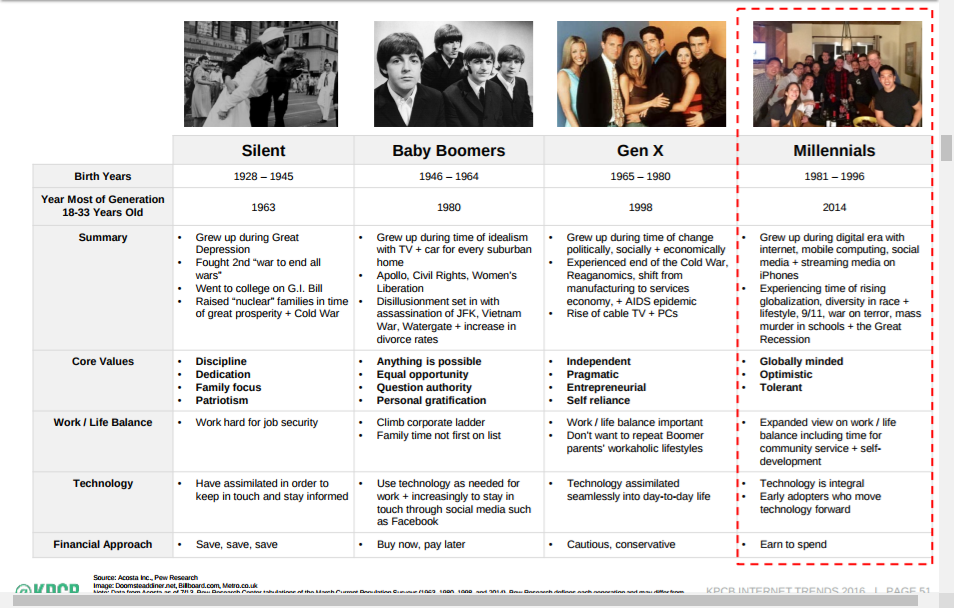