A new study of wearable adoption suggests the value proposition is a bit unclear. “Of all the users of wearables surveyed, around one in 10 said they no longer used their wearable devices, with one third of these owners abandoning them within a couple of weeks of purchase,” said Ericsson.

So, at least so far, it does not appear that wearables--especially watches--are the "next big thing."


Ericsson says abandonment rates are declining, but user expectations also are rising. A common cause of dissatisfaction is feeling tethered to their smartphone.


Among those who have abandoned wearables, 14 percent did so because wearables were lacking standalone connectivity. 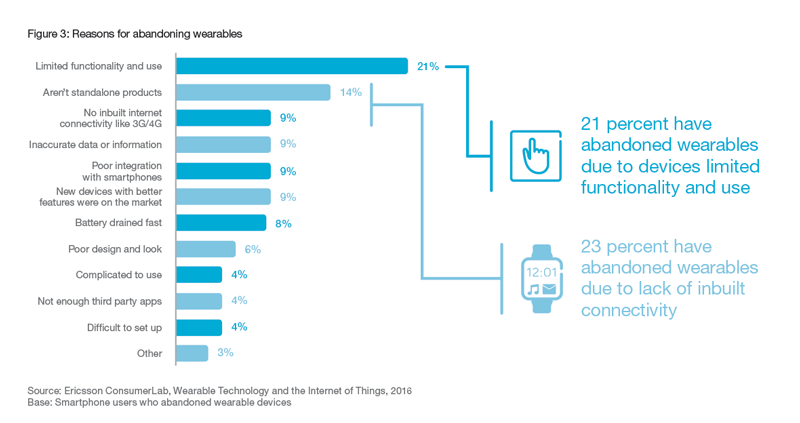 
In fact, 83 percent of all smartphone users surveyed expect wearables to have some form of standalone connectivity.


When asked what form they would expect this connectivity to take in the future, around 40 percent of existing wearables owners and 46 percent of non-wearables users preferred Wi-Fi and cellular connectivity, with existing users expressing a two times higher preference for built-in mobile connectivity compared to non-users of wearables.


On the other hand, the cost of an additional mobile data connection charge is a barrier to wearables use. About 33 percent non-users indicated that the cost of keeping digital devices connected is a key reason why they haven’t invested in wearable technology.


The survey also suggests consumers believe additional drivers, such as personal safety, could be future adoption drivers by 2020. Demand for a wide range of other potential use cases seems unclear, in the medium term. 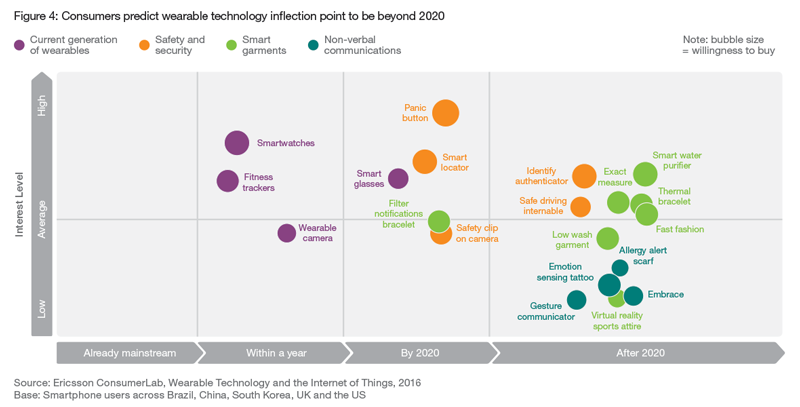 
As was the case for the smartphone, which functionally displaced use of other consumer devices (cameras, clocks, GPS devices), many consumers and industry executives believe wearables could replace a wide range of other existing devices. 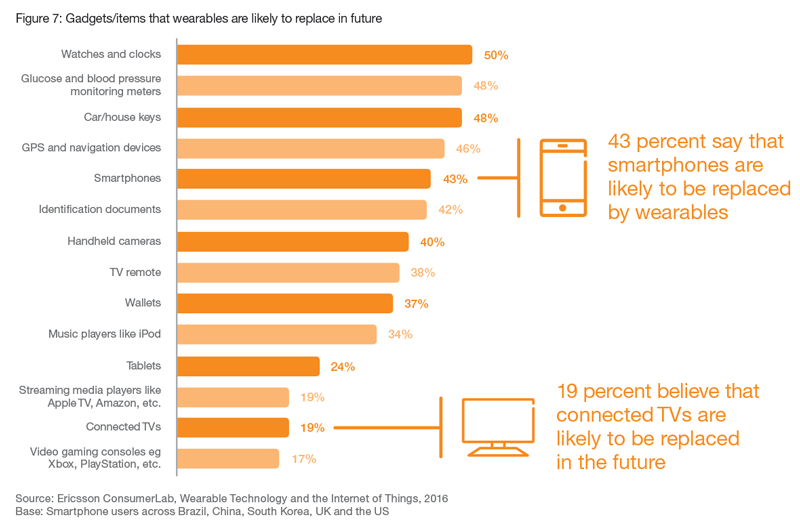