Rent Rather than Own: First Music and Video, Then Airbnb and Uber. What Next?

It is not yet clear how far the "rent rather than own" trend can spread. Cloud computing represents one aspect of the trend, allowing enterprises and content or app providers to rent computing services rather than owning computing hardware and software.

In consumer markets, audio and video content always has had a "rent" rather than "own" character for most of its existence. Prerecorded video had a big upsurge in the 1980s, but not has fallen hard, and now prerecorded music is suffering.

Some might argue almost any industry where zero marginal cost economics can be obtained, will be subject to "Uberization." One way of looking at it is that such markets can be created where there is demand for some product that must be fulfilled in real time, by people using smartphones to signal that demand, and where smartphones (and the backend processing) allow assets to be moved to fulfill, in real time.

Almost any digital content product fits the bill.  On-demand transport works. So the issue is what other on-demand fulfillment is possible, in how many other segments of industries.

In 2015, the U.S. radio industry generated about $17.4 billion in revenue from advertising, while prerecorded music, streaming services and downloads produced about $9.4 billion. In other words, streaming, downloading and packaged media generated about 35 percent of network-delivered music revenue (not including live performance).


What the data also suggests is that music “ownership” in a classic sense (albums, discs, downloads) is disappearing. Some would say that is an example of people choosing to rent rather than own, much as it might be argued people now spend increasing amounts of money on video streaming services, compared to buying DVDs or downloading content to own. 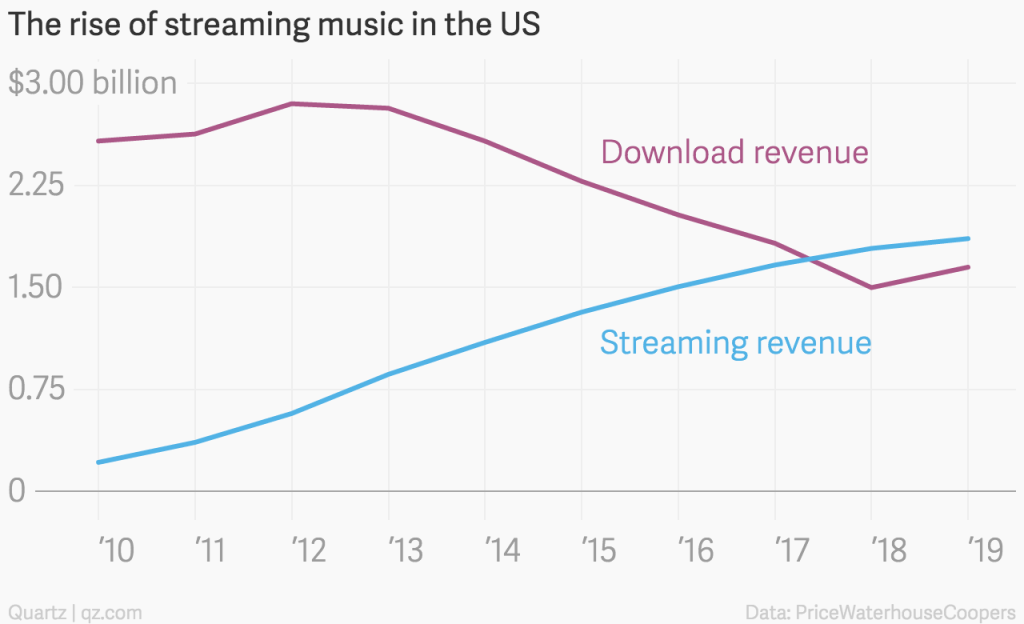 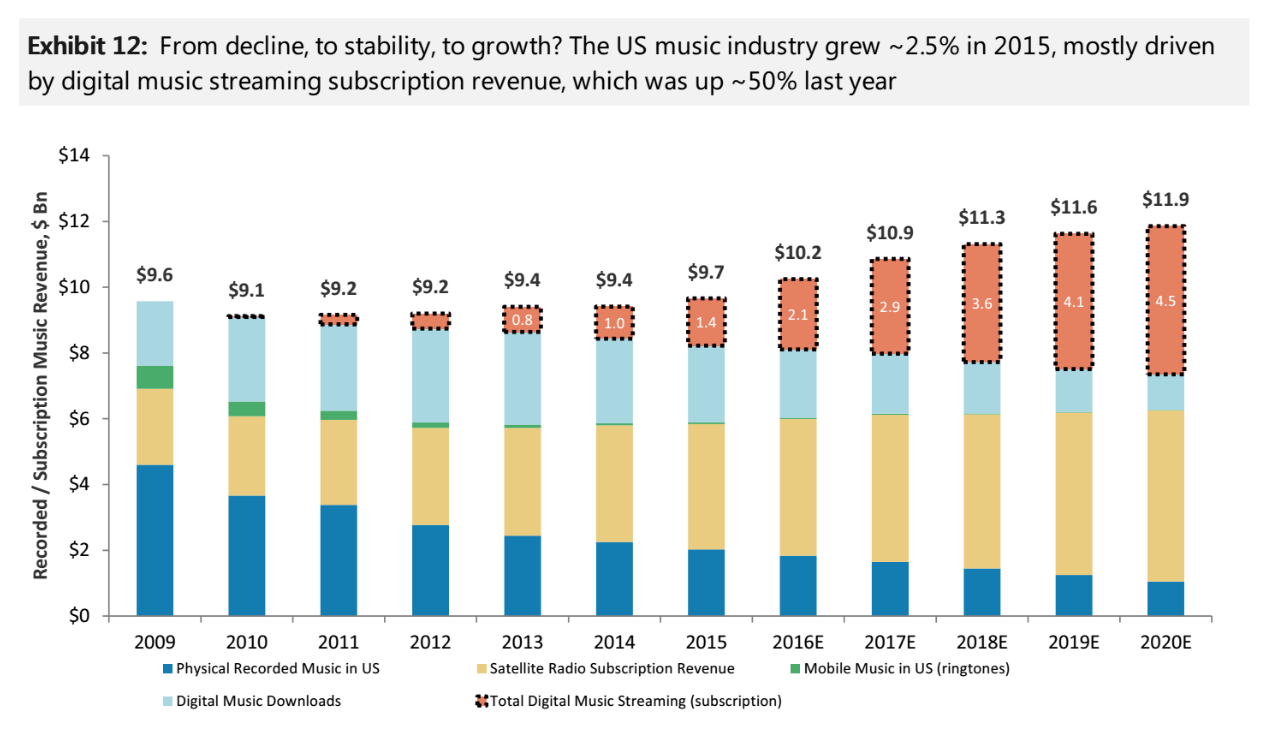