Mobile data traffic seven-fold over the next five years, as a direct result.


Mobile video will increase 8.7-fold from 2016 to 2021 and will have the highest growth rate of any mobile application category, representing 78 percent of all mobile traffic by 2021.
In 2016, 60 percent of total mobile data traffic was offloaded; by 2021, 63 percent of total mobile data traffic will be offloaded, Cisco predicts.
In part, that might happen because, globally, total public Wi-Fi hotspots (including homespots) will grow six-fold from 2016 (94.0 million) to 2021 (541.6 million).
Wi-Fi traffic from both mobile devices and Wi-Fi-only devices together will account for almost half (49 percent) of total IP traffic by 2020, up from 42 percent in 2015.
What might be interesting is whether that reliance on Wi-Fi might actually decrease, in some regions, as tariffs and mobile network capabilities grow so much that users see less benefit to offloading. In the 3G era, offload made sense because user experience was better. In the 4G era, offloading makes sense mostly to avoid mobile data usage charges, as experience generally is better on the 4G network. In the 5G era, it is conceivable, at least in many areas, that no economic or performance incentive will exist for traffic offload. 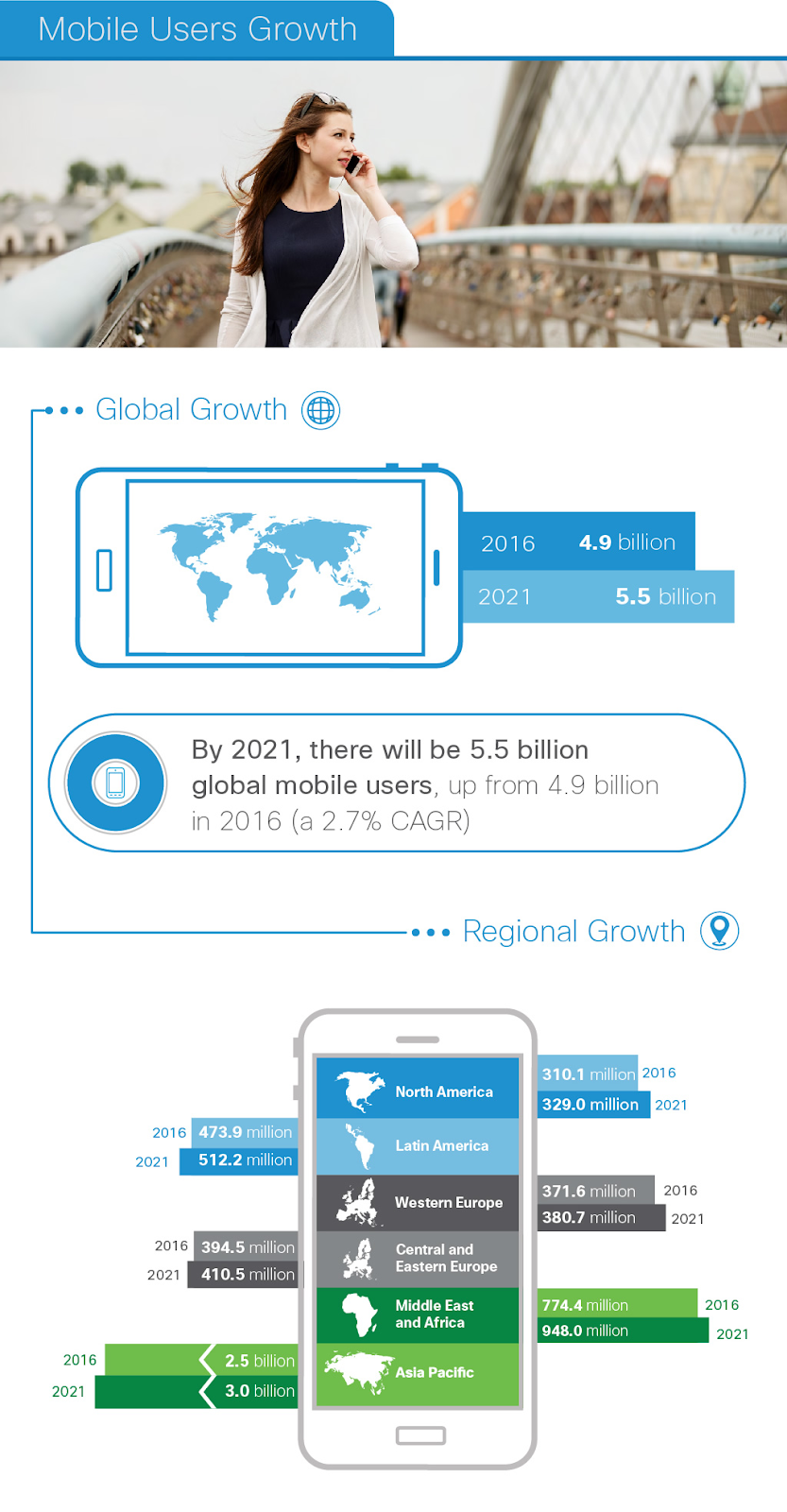