Will 5G be "Transformational?"

Though you might expect mobile executives to say such things, many believe 5G will be transformational, representing “an opportunity for operators to move beyond connectivity and collaborate across sectors such as finance, transport, retail and health to deliver new, rich services.”


In other words, 5G is seen as an important way mobile service providers can move up the stack into applications. In that sense, 5G also (it is hoped), will be part of the effort to create big and brand-new revenue sources to replace legacy services that are disappearing.


The GSMA expects 5G connections to reach 1.1 billion, some 12 percent of total mobile connections, by 2025. As a result, GSMA hopes, where mobile operator revenues are forecast to grow at a compound annual growth rate of 2.5 percent, reaching $1.3 trillion in 2025. But GSMA also hopes 5G will boost that growth rate by about double, to five percent CAGR.


GSMA believes three 5G usage scenarios are important, with platforms other than the mobile network playing a potential role in each.


In rural areas, it is likely 5G and 4G, as well as low earth orbit (LEO) satellites and other alternative network technologies are going to be used.


What is noteworthy is the formal recognition that access will use multiple networks, on a more heterogeneous basis than in the past.


In the early going, it is possible that enhanced mobile broadband (eMBB) will be the key revenue driver, early on, with content apps and services providing the rationale (high-definition video for TV and gaming). At least that is what mobile executives expect. Some gains also will come from immersive communication (video calling and augmented and virtual reality) and smart city services.


Longer term, the most-important new use cases and revenue streams might come from internet of things (machine-to-machine communications), in several ways. All those billions of devices will represent incremental account demand for data connections. But that is likely going to be the lesser of the advantages. In the near term, revenue expectations for IoT are likely to be muted, if potential volume could match expectations later.


At least some tier-one mobile operators will create or acquire (the latter is more likely than the former) application or service assets, much as some will acquire content or other application assets. Many analysts now believe apps, devices and other integration services will represent as much as 75 percent to 80 percent of IoT revenue. 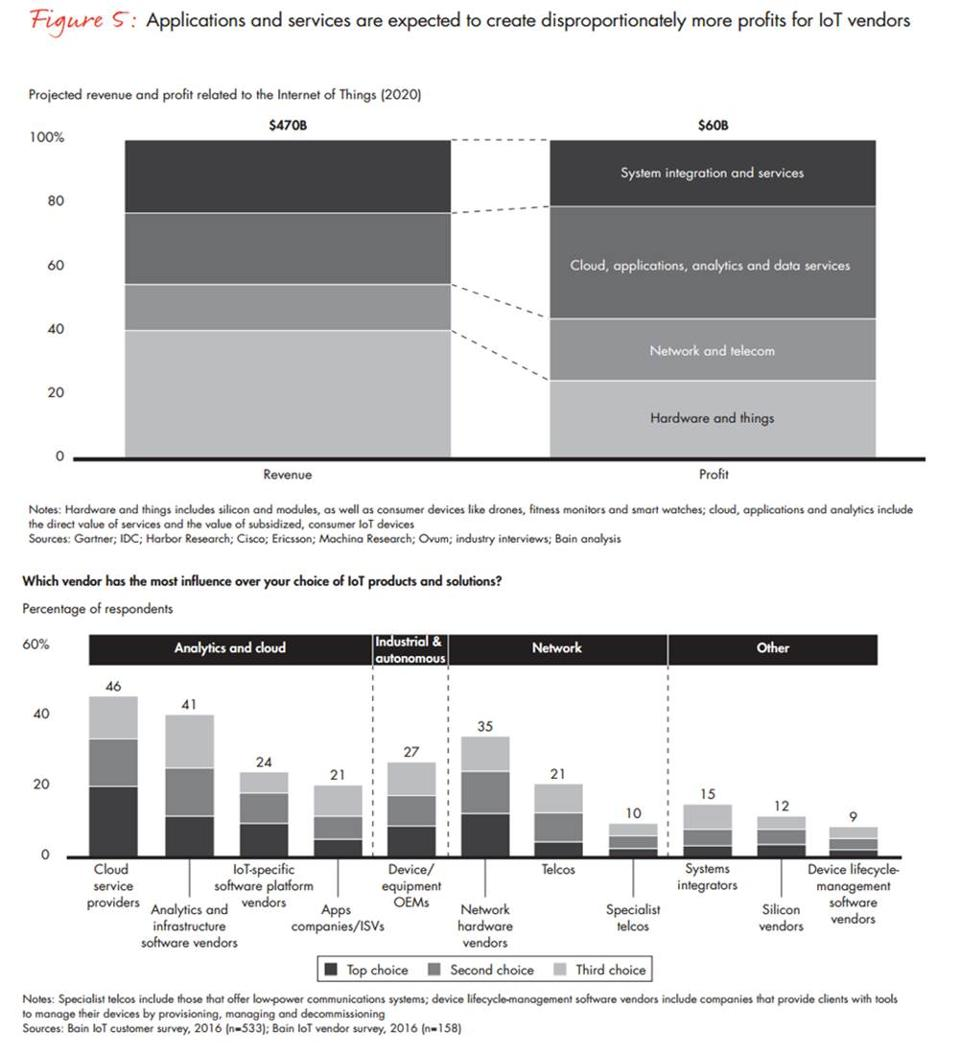