Nobody Yet "Knows" How IoT Will Create Value

In the early days of any potentially-revolutionary technology, even the most-experienced industry executives might be nearly clueless about the eventual impact. That is worth keeping in mind as internet of things, artificial intelligence and machine learning are applied to a wide range of industries and processes. Right now, we cannot predict the outcome. In most cases, we are not even sure about the strategies that produce the best outcomes.


In the past, executives have disparaged demand for telephones, alternating current, automobiles, television, audio systems, satellites, mobile phones, video on demand or iPhones.


Bill Gates, when he was CEO of Microsoft, missed the importance of the internet. IBM executives once believed the global market for computers was less than a half dozen.


An overwhelming percentage of insurance industry executives believe the internet of things will “revolutionize” the business. They just do not know precisely “how” that will happen.


Those executives believe IoT will allow better risk-based pricing and will change customer behavior in ways that benefit the industry. But it also is fair to note that executives are at such an early stage of IoT application that strategies have not been developed.


At the moment, most seem to believe that better analytics will produce benefits. 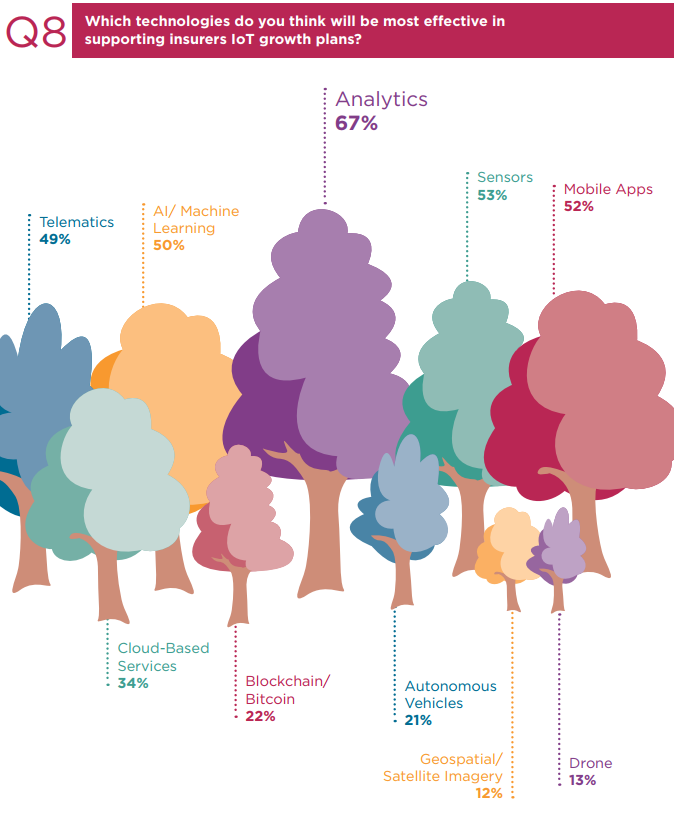