The average smartphone will generate 6.8 GB of traffic per month by 2021, a fourfold increase over the 2016 average of 1.6 GB per month. By 2021, aggregate smartphone traffic will be seven times greater than it is today, with a CAGR of 48 percent.

Asia Pacific will account for 47 percent of global mobile traffic by 2021, according to Cisco. But the Middle East and Africa will have the strongest mobile data traffic growth of any region with a 65 percent compound annual growth rate (CAGR). This region will be followed by Asia Pacific at 49 percent and Latin America at 45 percent CAGR. 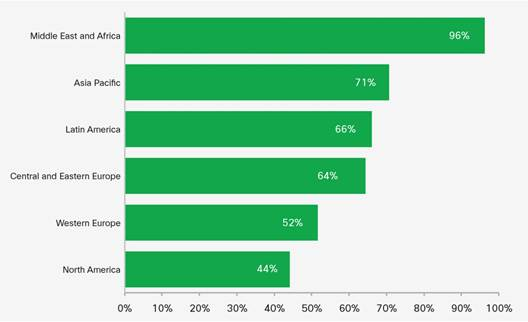