If Spectrum is Beachfront Property, A Lot More Beach is Coming

The end of a penultimate stage of the 600-MHz spectrum auction will release 70 MHz of high-value, completely clear low-band spectrum for mobile broadband on a nationwide basis, plus 14 MHz of new unlicensed spectrum. Still to be decided are which specific frequency blocks are assigned to each of the winning bidders.


After that, the spectrum has to be vacated by TV broadcasters, before mobile operators can begin to use the spectrum. Some estimate it will be 2020 before the spectrum actually is ready for commercial use.


Before that happens, it is highly likely that much more spectrum than 84 MHz will have changed hands, as an expected wave of telecom industry consolidation shifts assets and therefore spectrum license rights.


A reasonable person might predict that all spectrum held by Sprint, T-Mobile US and Dish Network will be in different hands by 2020. Not counting the new 600-MHz holdings T-Mobile US is likely to win, some 359 MHz worth of licensed spectrum should trade over the next couple to few years.


Add to that the 11 GHz of brand new spectrum the FCC plans to allocate, and some will argue the reason spectrum bids  in the 600-MHz auction was far less robust than originally expected is that so many more ways will be available to satisfy commercial needs. Small cell architectures, better radios, bonding of licensed and unlicensed spectrum and vast new amounts of unlicensed spectrum will play a role in expanding spectrum supply.


To be sure, potential bidders in the 600-MHz auction also had other places to spend money, including existing and possible acquisitions. So spectrum bidding might also have been muted for those relatively-tactical reasons. 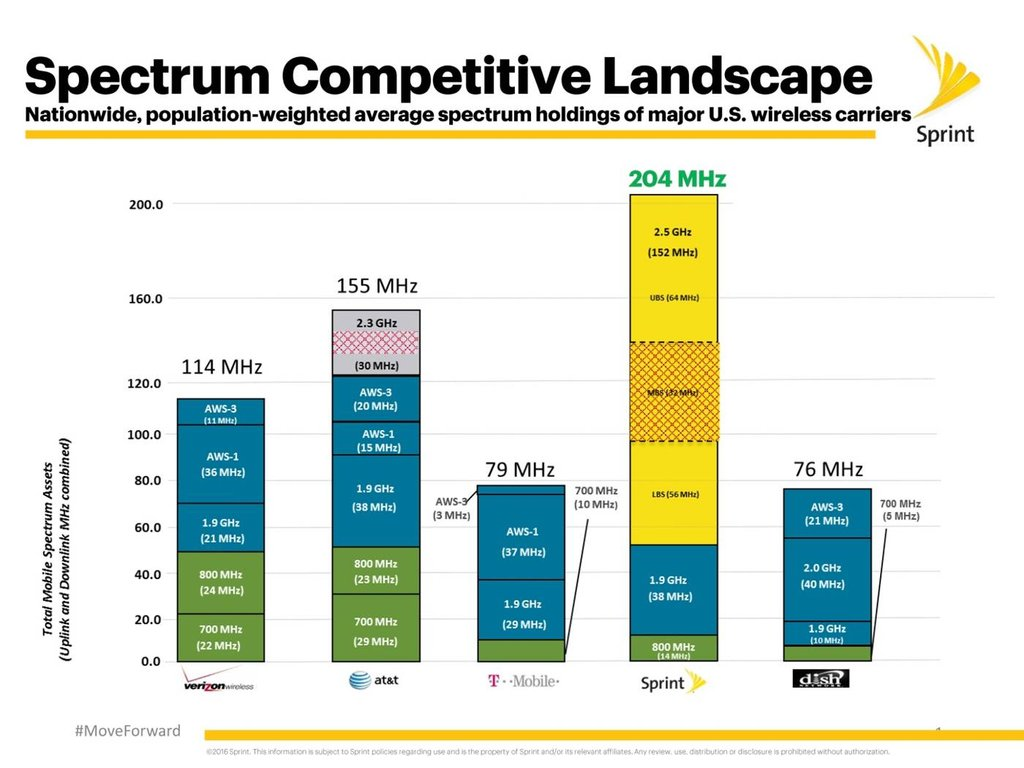