Mobile Now More than 65% of All U.S. Internet Access Connections


In other words, fixed and mobile networks supply an equal number of Internet access connections 3 Mbps and faster. To be sure, mobile and fixed access services are not equivalent in cost per megabyte or size of usage allowances.


For a historically bandwidth-limited sort of network, that improvement on the mobile front is significant.


It might not be clear from the FCC statistics, but progress, measured in terms of typical Internet access speeds, has grown surprisingly fast in the U.S. market. That might come as a shock to some.


In fact, Internet service provider speeds have grown at about the rate you would expect for a Moore’s Law driven product. That should be a surprise, since access networks are notoriously expensive and take some time to build. That noted, from 2000 to 2012, the typical U.S. access connection speed grew by about two to three orders of magnitude.
Retail prices also now provide dramatically more bandwidth per dollar.  In fact, people now pay less for a 40 Mbps access service than they used to pay for a 512 kbps access service.


Though the FCC report does not highlight the rapid changes in access speeds, progress has been rapid.


Though it perhaps is understandable that people expect more, and now, a bit of perspective probably is in order. 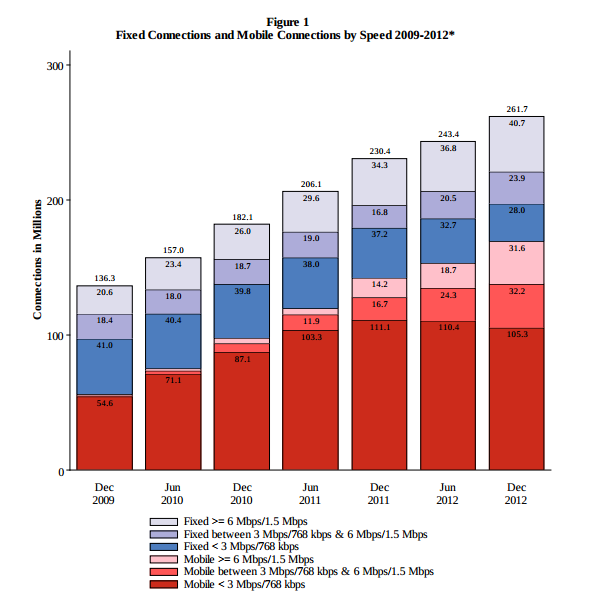 Internet access connections that essentially double speed every three to five years, while also featuring lower prices per unit of speed, are impressive. At those rates of change, gigabit connections will be common by about 2020. 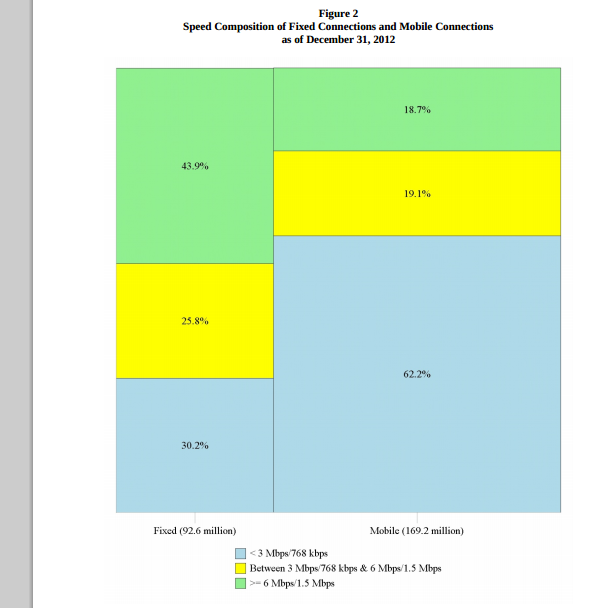 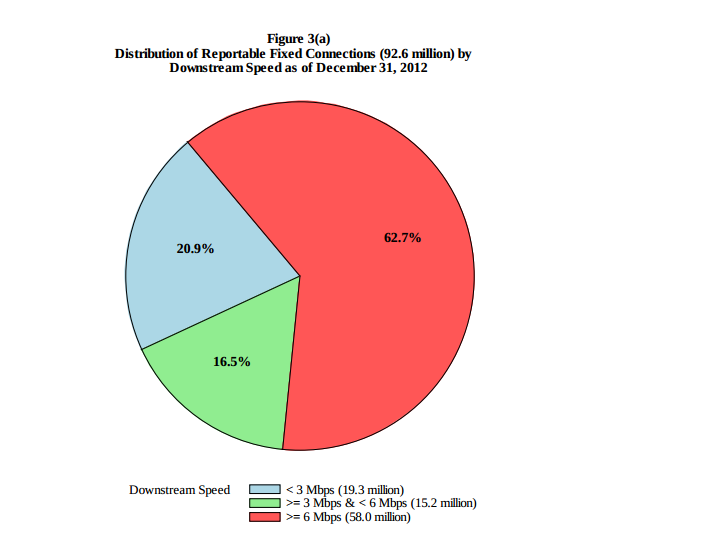