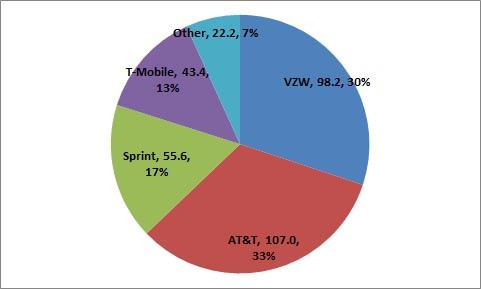 SoftBank reportedly is holding direct talks with Deutsche Telekom about acquiring T-Mobile US.

Some observers think a combination of SoftBank-owned Sprint and T-Mobile US, which would create a new mobile company just a little smaller than Verizon Wireless and AT&T, would improve the new company's ability to compete, and might "save" the U.S. mobile market from a ruinous competitive war.


A combined Sprint and T-Mobile US would have about 30 percent market share, compared to Verizon Wireless at 30 percent and AT&T Mobility at 33 percent. 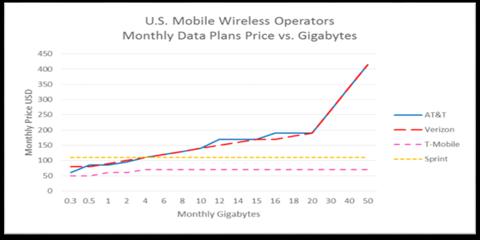 But reduction of the number of providers from four to three is likely to be among the key concerns of antitrust regulators.

Sprint might have to prove to regulators that a Sprint acquisition of T-Mobile US would not eliminate the disruptive offers T-Mobile US is making.


Merger approvals often therefore contain requirements that current prices be maintained or lowered for a period of time. But temporary assurances might not be enough, in this case.


SoftBank will argue that the combination will create operating efficiencies, improving market competition.


Antitrust authorities and regulators also will want some assurances that new providers will be able to enter the market and compete, Dish Network likely being a case in point.


The line of argument will be tricky. SoftBank has to convince regulators that both Sprint and T-Mobile will fail to keep up with AT&T and Verizon, if they remain separate.


On the other hand, SoftBank will have to convince antitrust authorities that the disruptive T-Mobile US stance will continue, even for the merged company.


Those are huge challenges, but SoftBank seems to have concluded the effort is worthwhile, and that it eventually can offer concessions to alleviate the inevitable concerns.

The other complication is that Deutsche Telekom wants to exit the U.S. market. Antitrust authorities therefore face the situation of a competitor that simply wants to leave the market. A sale to a company other than SoftBank might be much more palatable, but it is not clear any such buyer will emerge.

Concerns about the impact of any such merger on competition would seem well founded, in some ways, even if the argument about long-term viability of T-Mobile US and Sprint also is reasonable.


To be sure, reasonable observers might conclude that Verizon Wireless and AT&T Mobility have not shown too much willingness to disrupt the market.