Skype-to-Skype International Call Volume Up 33% in 2013

Some recent patterns in international voice have not changed: Skype keeps growing, but so does the volume of carrier voice. But prices per minute of usage also continue to decline.


International telephone traffic from fixed and mobile phones continues to grow as well, increasing seven percent in 2013, to 547 billion minutes.


However, recent growth rates are well below the 13 percent average that carriers posted over many of the past 20 years, and the benefits of traffic growth have largely been offset by steady price declines, Telegeography notes.


Skype added 54 billion minutes of international traffic in 2013, 50 percent more than the combined international volume growth of every telco in the world, says Telegeography. 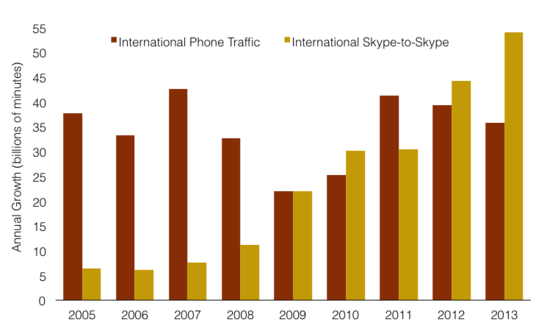