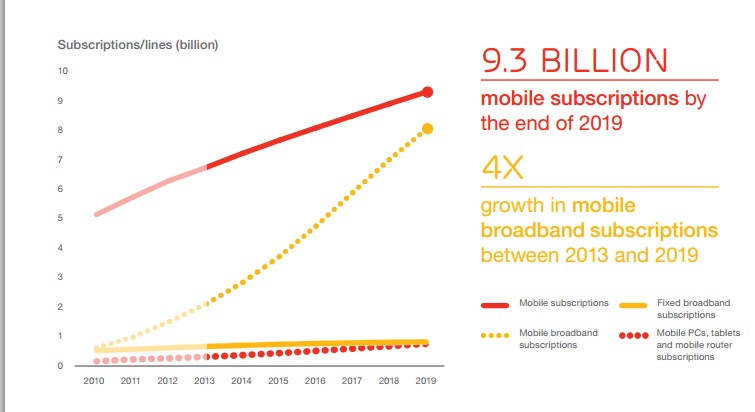 SK Telecom plans to upgrade the speed of its LTE-Advanced service currently capable of offering up to 225 Mbps by aggregating 20 MHz bandwidth in the 1.8 GHz band and 10 MHz of bandwidth in the 800 MHz band, to create a single bonded channel, boosting speed beyond the 150 Mbps limit of LTE in 20 MHz channels.


SK Telecom initially commercialized its LTE-Advanced service, using 10 MHz of bandwidth in 1.8 GHz band and 10 MHz bandwidth in the 800 MHz band in 2013.


In August of 2013, SK Telecom gained authorization to operate using 35 MHz of bandwidth in the  1.8 GHz band..


SK Telecom expects to launch the “20MHz+10MHz” LTE-Advanced service nationwide in the second half of 2014.


LTE can only offer up to 150 Mbps of speeds using a maximum of 20 MHz of continuous spectrum in one band, while LTE-Advanced can support speeds over 150 Mbps by combining different bands using carrier aggregation.


SK Telecom further plans to bond 10 MHz more bandwidth in an additional channel, enabling service at speeds up to 300 Mbps.
Once SK Telecom commercializes the upgraded LTE-Advanced service, customers will be able to download an 800MB movie in 28 seconds, compared to 43 seconds for the current LTE-Advanced version.


One might argue that mobile broadband is not a substitute for fixed broadband, with some justification. In most parts of the world, for most users, that will be a functionally truthful statement, though.