5G Will Bring Differentiated "Mobile" and "Not Mobile" Tariffs

If fixed wireless and 5G begin to compete for Internet access accounts now served by fixed networks, several key business model changes will be required. First, speeds will have to increase by an order of magnitude or perhaps two orders of magnitude.


Prices also will have to drop, on a cost-per-megabyte basis, as mobile bandwidth has historically been priced significantly higher than fixed network bandwidth.


Another likely development for mobile rate plans is differentiated pricing for non-mobile access, relying either on Wi-Fi offload or small cell pricing when users are not mobile, in large part because the huge amounts of new bandwidth to support 5G will be available mostly in small cell areas.


Just how big a difference can be gleaned by the amount of capacity available below 1 GHz and newer spectrum in the gigaHertz ranges. Basically, all presently-deployed mobile communications spectrum represents less than one gigaHertz of total spectrum. New allocations for 5G will add scores of gigaHertz of new spectrum.


Bandwidth requirements will be shocking. As much as 56 GHz of 5G spectrum might be needed, one study of the United Kingdom by Real Wireless suggests. Even if that is wildly off base, otehr researchers still believe that, to support 5G, 3.1 GHz per mobile operator might be required, according to Samsung researchers, with consumption as high as 12.75 GHz per user in small cells.


By way of comparison, the typical tier-one mobile operator in European markets uses about 590 MHz of spectrum, each.

All that suggests differentiated pricing for "mobile" bandwidth, compared to non-mobile use. 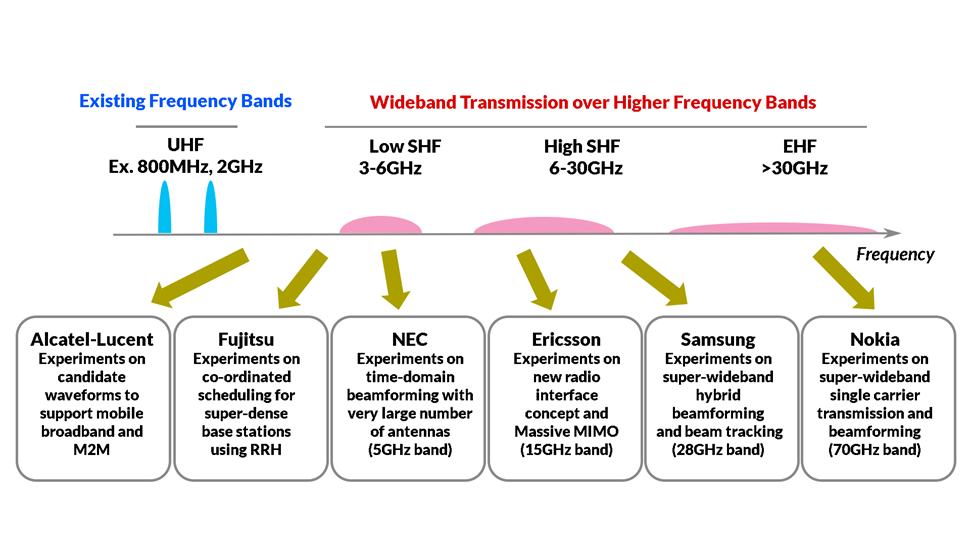