How Much Data Will "Average" U.S. Homes Consume in 2 Years?

In 2011, the average U.S. household data consumption was perhaps 26 Gbps. Time Warner Cable says  the company’s average household usage in December 2015 was 141 gigabytes a month and has grown about 40 percent a year.


Such rates of growth, should they continue--and most believe double-digit annual increases are reasonable--quickly can up to doubling of consumption every 2.5 years to three years.


In other words, by the end of 2016, the average Charter Communications customer (in legacy Time Warner areas) household might be consuming 197 GB worth of data, topping 276 GB by 2018.


But as with all things related to use of the Internet, averages might obscure as much as they reveal. Many consumers will use far less, but some might use far more.


U.S. homes using Internet-based video surveillance systems might require substantial upload bandwidth, for example, beyond that required for growing amounts of video entertainment in the downstream direction. Entertainment video requires an order of magnitude or more increase in transferred gigabytes, compared to web surfing, for example. 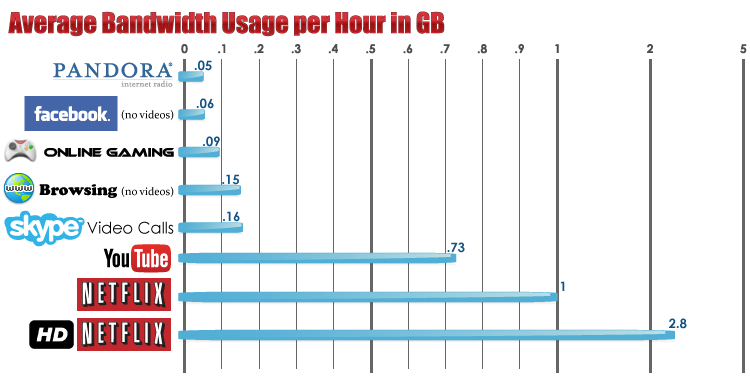