Mobile Webpages Load Slow, But Ads are a Big Part of the Problem

After an analysis of 10,000 mobile web domains, DoubleClick found that most mobile sites have an average load time of 19 seconds over 3G connections.


You might assume that 4G Long Term Evolution networks would perform much better. They are better, but not that much better. “On a 4G network the average time isn’t much better: 14 seconds,” DoubleClick says.


That is important since other studies suggest that 53 percent of mobile site visits are abandoned if pages take longer than three seconds to load.


Some 46 percent of consumers say that waiting for pages to load is what they dislike the most when browsing the mobile web, DoubleClick says.


On average, mobile ads take five seconds to load, or roughly twice as long as ads on desktop.


That’s because, while a mobile webpage size is 1.49 Mbps, on average, mobile ads are 816 KB, more than half of the mobile page download size, according to Business Intelligence. 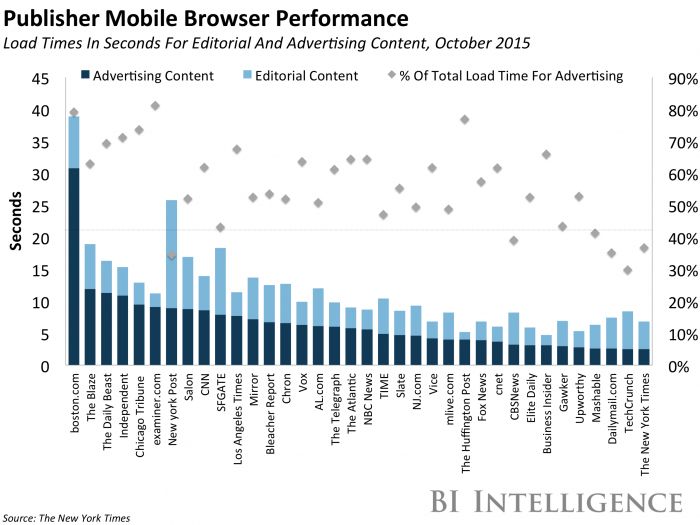