That might be an important subscriber milestone, as it represents 10 percent adoption, globally.

Historically, in the U.S. consumer electronics market, 10-percent adoption has been the inflection point at which adoption of any popular new gadget or service dramatically accelerates. If that pattern can be said to apply to global markets as well, then we should now see a sharp acceleration in LTE adoption rates globally. 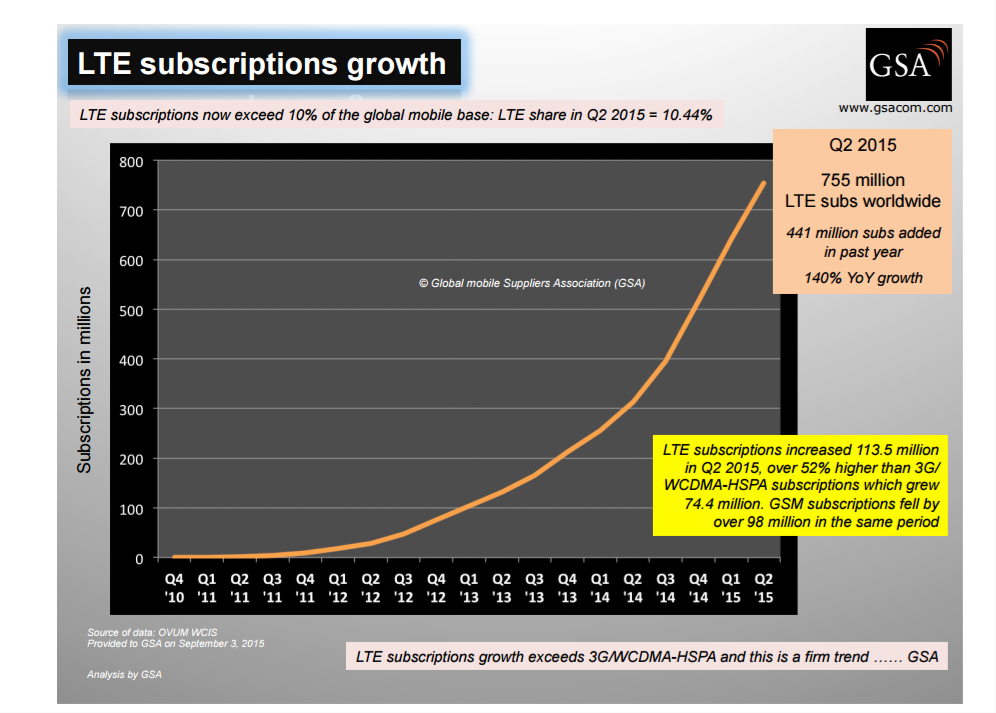 GSA forecasts there will be at least one billion LTE subscriptions worldwide by the end of 2015.