Huge Chunks of the Internet Could Disappear, Eventually, Because of Ad Blocking

The Internet is a loosely-coupled ecosystem, it often is helpful to remember. Unlike a vertically-integrated business or industry, unless all key elements are aligned, the value chain does not work very well.

That technical architecture also is a business architecture, underpinning and limiting the possible major business models. So when a key element of the value chain shifts, there is impact across the ecosystem.

We seem to have arrived at point where the existing value chain is under stress from any number of forces and trends. Observers do not agree, but strong forms of network neutrality (including the notion that all bits must always be treated alike) and now ad blocking are emerging as issues.

To be sure, even strong forms of net neutrality do not fundamentally change today’s value chain and business models. But they could be quite important forces over the long term, ironically as ad blocking increases.

The fundamental issue is that advertising and quality of service are two methods by which lower cost or “no incremental charge” services and apps have been provided to end users and customers (both retail end user customers and business-to-business customers).

If existing revenue models get stressed, as ad blocking eventually will do, either new models will be discovered or much content, and many services, will disappear, as will many present and potential suppliers of content and services.

Most people nowadays probably understand that if an app or service is “free,” then the users (or, more precisely, their personal data) are the product.

Part of that cost comes from surreptitious tracking of your browsing habits by outfits that sell that information to advertisers.

The other cost comes from ads that are placed on webpages. The rise of ad blocking flows from that latter fact. One test showed an ad blocker improved page load time from 18 seconds to less than 4.5 seconds, when using a number of ad blockers. 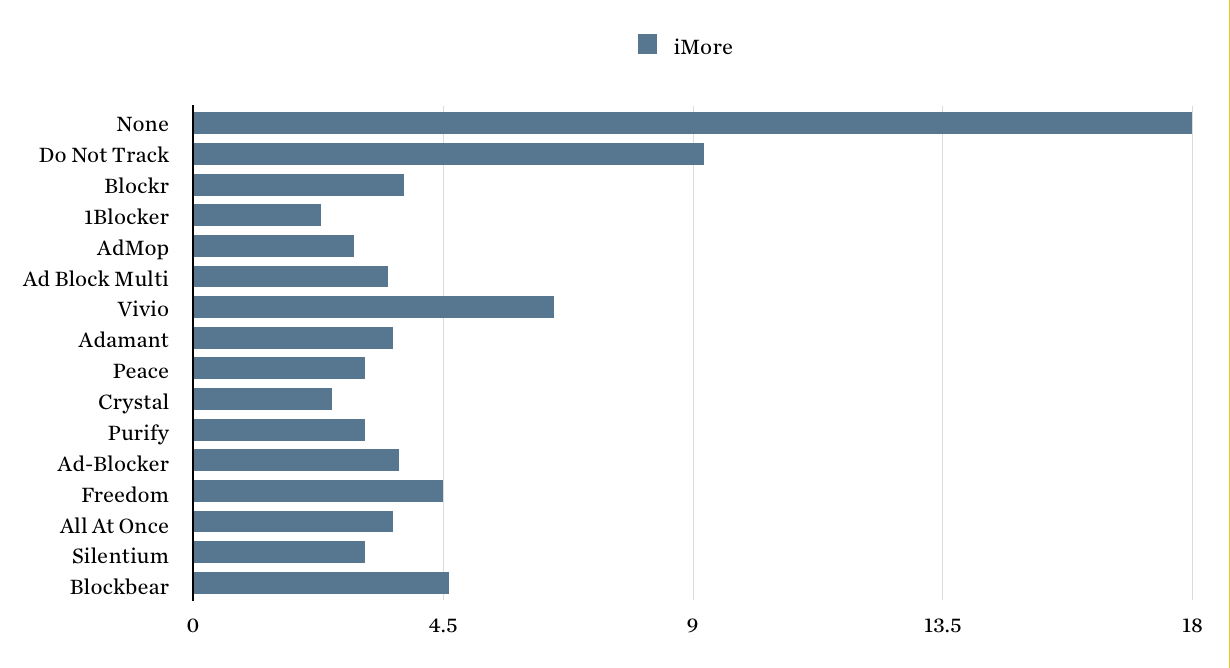 As helpful as advertising is to defray the cost of free or low-cost apps and services, there now is growing end user experience impact.

Webpages load slowly. Videos pop up unannounced and – worse still – start to play without your consent, consuming bandwidth on accounts that typically have usage caps of some sort. That arguably is a bigger problem for mobile users than fixed users, but that is the issue: more use of the Internet comes on mobile devices.

Ooyala’s Q2 2015 Global Video Index showed that nearly half of all video plays and ad impressions for publishers occurred on mobile devices.

Ooyala said 44 percent of all video views in the quarter were on mobile devices, an increase of 844 percent since the second quarter of 2012, and a compound annual growth rate that exceeds 110 percent.

Ooyala also found that 49 percent of all ad impressions for publishers were on mobile devices during the quarter, a jump of some 11 percent from the previous quarter.

So it’s not surprising that use of ad-blocking software is growing. That might not be a good thing, beyond the benefits end users derive from the practice. If revenue models are premised on advertising, then the death of advertising is going to have severe repercussions on the rest of the ecosystem.

Improved user experience is one thing. It is hard to argue that is a bad thing. But business model collapse is probably not a great thing. Huge chunks of the ecosystem could disappear.
at September 27, 2015