2016 Might be the Year Half of U.S. Households are "Mobile Only"

Some trends--such as abandonment of fixed network voice connections--has happened in slow motion, which has a useful thing for service providers coping with the negative trends.

At current growth rates, it is conceivable that half of U.S. homes will have "cut the cord" by the end of 2016.


Perhaps the only unanswered question is whether such behaviors will change as younger cohorts age. Once upon a time, some observers argued that younger consumers who did not buy cable TV subscriptions would do so as they got older and had children.


There is less certainty about that change, anymore. So it is unclear whether present habits will change as younger consumers get older.


One might argue that, were it not for triple play packages, fixed network voice adoption would be even lower than it is.


The good news is that the steady and long-standing declining trend has occurred so predictably slowly that service providers have had time to create replacement revenue streams, an effort that continues as the remaining “legacy services (entertainment video and high speed access) remain under pressure.


The former suffers from declining demand, the latter from higher levels of competition, despite a slow upward trend in revenues primarily driven by a shift of demand to higher-speed services. 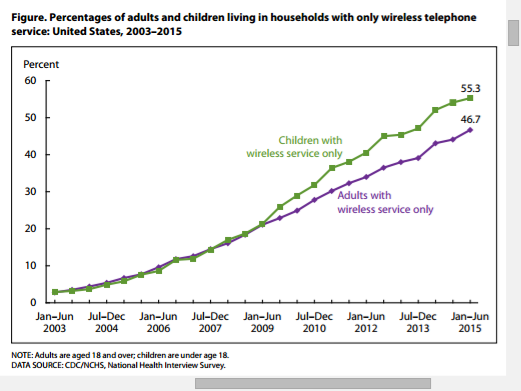