Nonlinear change is likely among the greatest dangers any business or industry can face, and that is true for cable TV, satellite TV and telco service providers alike. The overall direction of changes in revenue sources, the rate of growth or decline are fairly well understood.

But what could upset plans to replace revenue sources is an unexpected and large shift in the rates of change, especially from legacy services. As typically is the case, revenue losses in the legacy business will tend to affect business models more than unexpected upside surprises for growth businesses.

With the caveat that revenue is not profit, U.S. cable TV operator revenue trends are clear enough: business services and high speed access are projected to drive revenue growth through 2020. LInear video and voice will fall, while advertising remains roughly stable.


The danger: nonlinear changes to the downside in video or high speed access could imperil revenue stability. The is the same set of strategic dangers faced by telcos, as well.


Cable TV providers face two sets of issues: declining units sold and declining profit margin on those units, even if average revenue per unit can eke out gains. Declining ability to wring free cash flow out of video means it is necessary to maintain high growth rates in business services and high speed access, while maintaining profit margins.


The rate of change makes a huge difference, even if the direction of change is anticipated. Small single-digit increases in abandonment of video, or a few digits annual change in revenue growth rates for high speed access, would put severe pressure on the business model, some argue.


Between 2015 and 2020, the leading cable operators might see a decline of 33 percent in video revenues, with margins dipping to nine percent from 24 percent.


High speed access revenues are forecast to grow 52 percent. Commercial revenues are projected to grow from $6 billion to $13 billion, an increase of more than 100 percent.


An accelerated rate of decline for linear video would seem the biggest downside risk, but a slowing rate of revenue growth in high speed access is likely the second-largest potential risk, as telcos shift to higher-speed access services and third parties such as Google Fiber take more share. 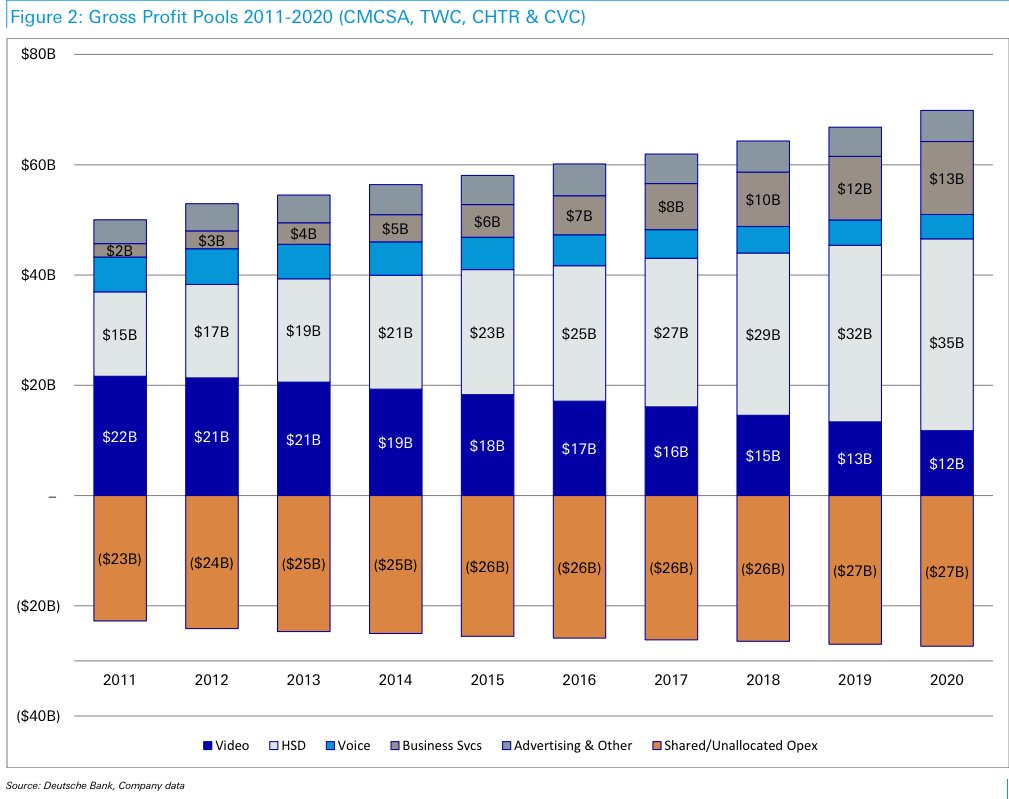 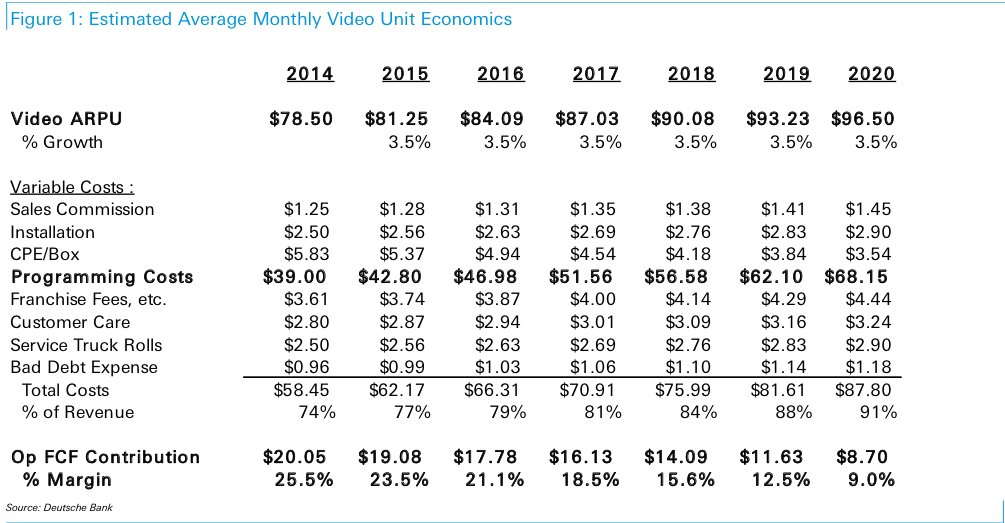