With the caveat that mobile and public Wi-Fi now play growing roles in the U.S. Internet access function, the Federal Communications Commission now illustrates the power of the cable TV hybrid fiber coax network where it comes to rapidly increasing Internet access speeds, compared to use of telco digital subscriber line.


“When DSL is used to provide broadband service, the maximum advertised download speeds among the most popular service tiers has remained generally unchanged since 2011,” the FCC reports.


“In contrast, when cable is used to provide broadband service, the maximum advertised download speeds among the most popular service tiers has increased from 12-30 Mbps in March 2011 to 50-105 Mbps in September 2014.”


“We find that, over the course of our reports, the average annual increase in actual download speeds by technology has been 28.2 percent for DSL, 61.2 percent for cable, and 19.2 percent for fiber,” the Measuring Fixed Broadband report says.


Perhaps significantly, cable has achieved a speed advantage even over telco fiber-to-home services. But data in the next report could show changes, if data from independent providers including Google Fiber are included.


All that noted, between September 2013 and September 2014, there was a 105 percent increase in the maximum advertised download speeds among the most popular service tiers across the studied ISPs, with most of the increase coming from the ranks of cable TV providers. 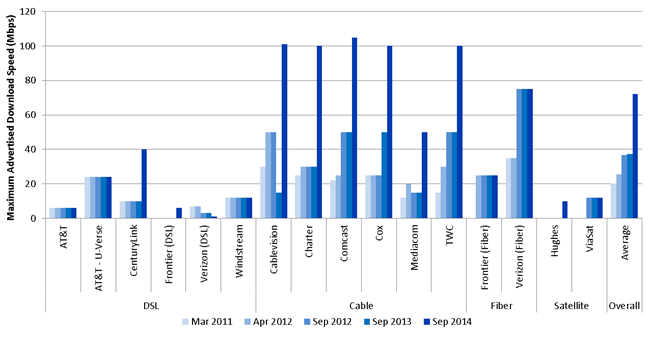 
Generally speaking, latency performance was best for fiber access, good for cable access, less good for digital subscriber line and worst for satellite, as you might expect. However, latency performance for any the fixed network providers is unlikely to negatively affect experience. That might not be true for the satellite ISPs. 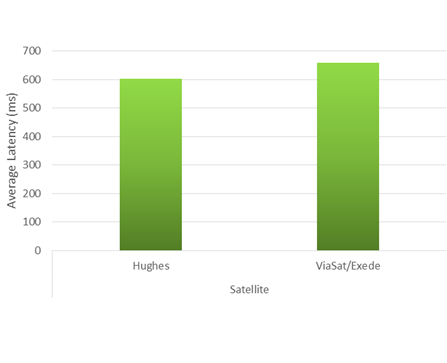 
Several studies have suggested that, beyond about 10 Mbps, users are unlikely to perceive any incremental improvement in experience, no matter how much faster downstream access speeds get.


The latest FCC data suggests that remains true. Beyond 15 Mbps, web pages do not load any faster, for example.
Average Webpage Loading Times, by Downstream Speed 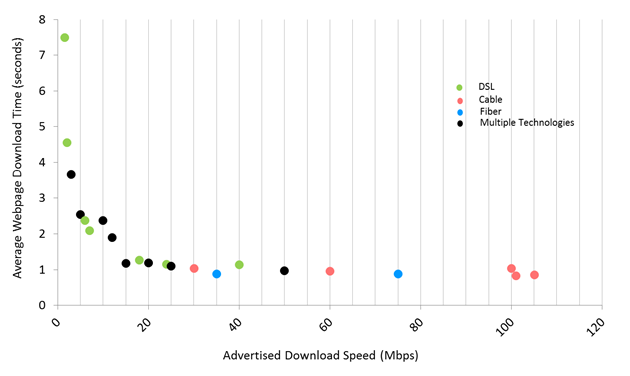