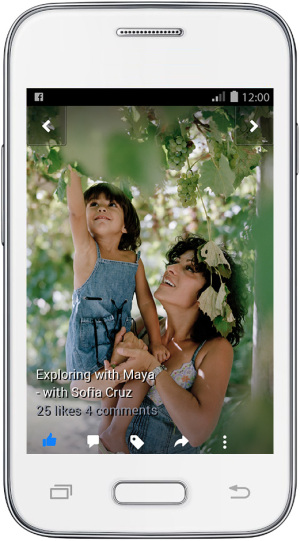 It has been quite a long time since any developer really needed to worry about writing really-efficient code.


It has been a long time since any major app has had to be designed to work with limited bandwidth, storage and computing power.


But efficiency is a big issue and a big cost element in markets where reliable access is limited to 2G networks, 3G coverage is spotty at best and there are no fixed networks, while people use feature phones or lower-end smartphones.


Efficiency means better user experience and lower end user costs in many markets where cost is a big issue.


So it is that Facebook has created Facebook Lite , a new version of Facebook for Android that uses less data and works well across all network conditions, said Vijay Shankar, Product Manager for Facebook Lite.


“More than a billion people around the world access Facebook from a range of mobile devices on varying networks,” he said. “In many areas, networks can be slow and not able to support all the functionality found in Facebook for Android.”


The Facebook Lite app consumes less  than 1MB so it is fast to install and quick to load. It includes Facebook’s core experiences like News Feed, status updates, photos, notifications and more.


Facebook Lite is available in countries across Asia, and soon will be launched in parts of Latin America, Africa and Europe, Shankar said.

Were consistency an issue, one would expect to hear complaints about creation of a two-tier Internet.
at June 06, 2015