But there are markets, such as Japan where PCs or tablets are used 53 percent of the time to gain access to the Internet.


But there are divergences, even among developed markets. South Korea, one might presume, would have usage profiles similar to Japan. Not so. In Korea, where Google finds that 60 percent of the time, the mobile phone is the most frequently used Internet access device. 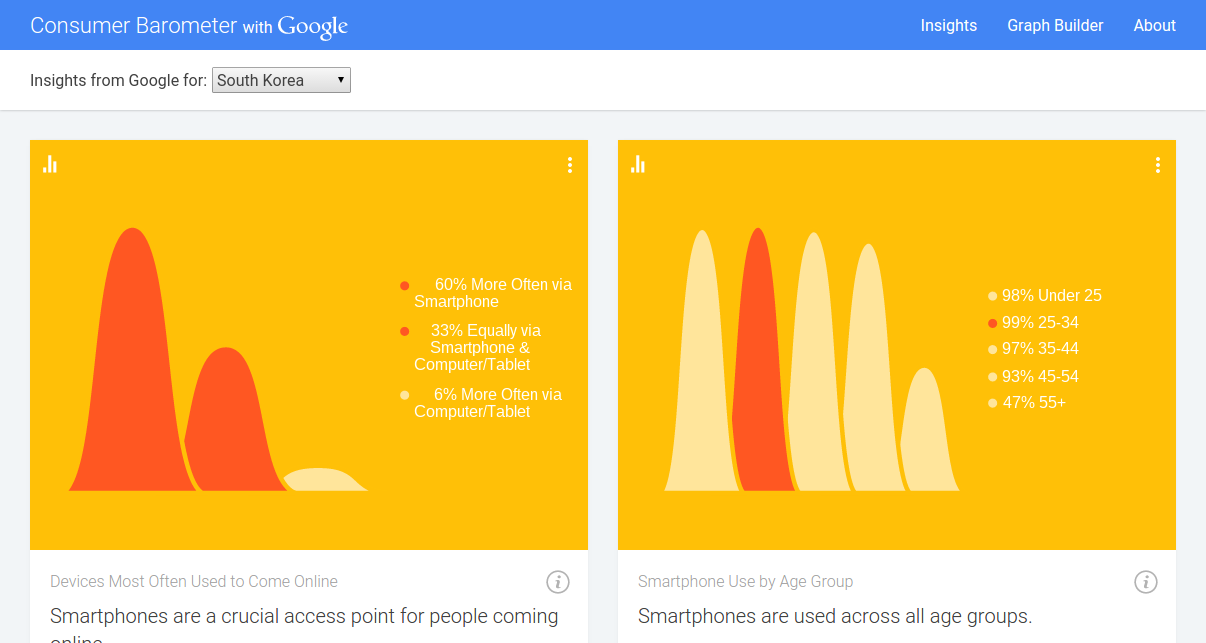