Ultimately, Dish Network and T-Mobile US are Sellers, Not Buyers

Some might reasonably argue that, no matter what happens with Dish Network and T-Mobile US (acquisition or not), both assets ultimately belong to owners that structurally must be  “sellers” not “buyers.”


Sprint likely also remains a strategic seller, not a buyer, even if the potential unwillingness of its owner to sell is an issue.


The obvious strategic buyer is Comcast. But a combined Dish Network and T-Mobile US presents some problems.


Comcast does not need, and likely does not want, the satellite TV assets Dish Network owns. So it might want to spin them off. To whom that could be done is the issue. Dish CEO Charlie Ergen is correct that Dish Network is an asset that dwindles, over time. Any potential buyer would have to deal with that, as well.


Some might argue a combined T-Mobile and Dish is a far more attractive asset, in the sense that it combines T-Mobile US facilities with Dish Network spectrum.


But that same argument would hold for Sprint--facilities and lots of spectrum--as well. And there would not be the need to spin off the satellite TV assets. But Sprint seems not to be for sale. T-Mobile US is for sale.


A bigger Dish Network arguably is more attractive for a firm such as Comcast, even with the need to dispose of the satellite TV assets, because of the enhanced spectrum holdings.


But, under different conditions, Sprint would provide the same benefits to Comcast.

In one clear sense, Dish Network might be acquiring T-Mobile US to escape the satellite TV niche, and also to set up a more attractive eventual exit. 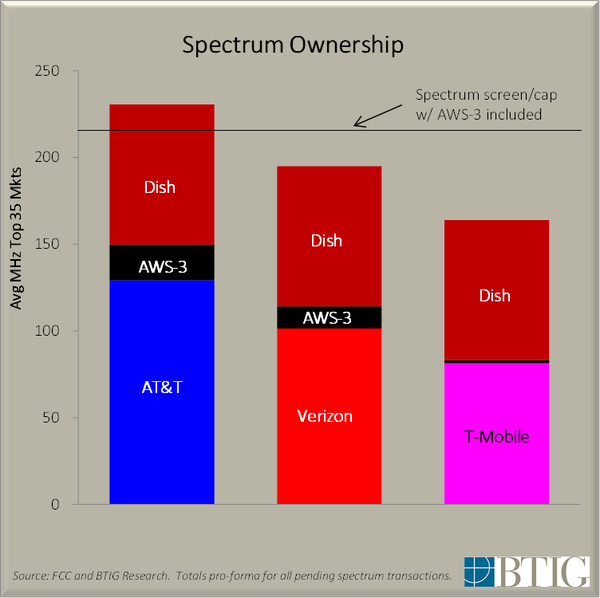