Will Verizon Become a "Video Supplier?"

It might be aggressive to argue firms such as Verizon will one day be video suppliers on a major scale.

But it would not be out of place to argue entertainment video will be key to revenues from services sold to humans, rather than machines. A shift to consumption of mobile Internet video is the reason why this is so.

By definition, people consume lots more data when watching video. And so long as access providers can price in some relationship to consumption, that automatically drives revenue.

Already, 36 percent of smartphone video viewers surveyed say they watch long-form videos (5 minutes or longer) daily or more frequently, as compared to 58percent of respondents who say they watch short videos (under 5 minutes) at that level of frequency.


Mobile video consumption also is growing, as you would expect.  Some 35 percent of respondents report watching more video on their smartphone in 2015 than in 2014.


Consumers with an “unlimited” data package are significantly more likely to be ‘frequent’ consumers of mobile video. 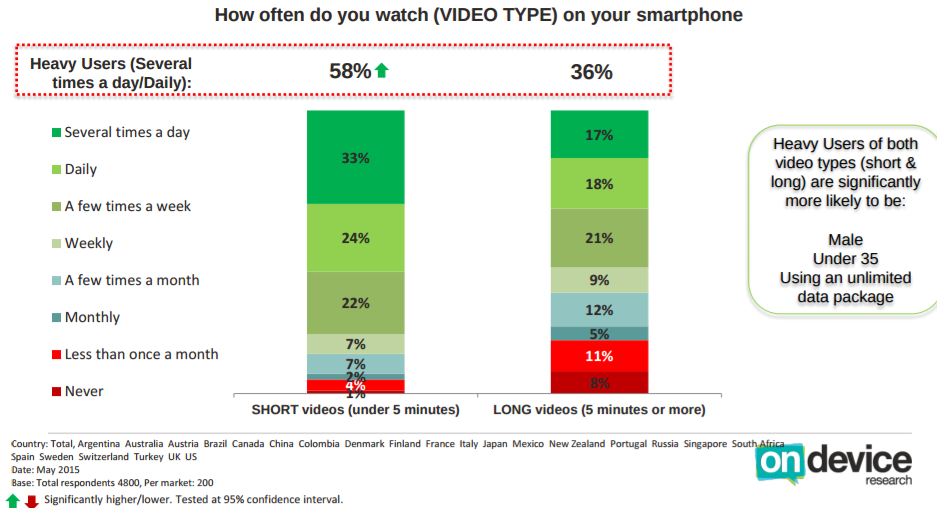