2.5% of U.K. Household Spending is for Communications, Mostly for Mobile Services

About 2.5 percent of U.K. household spending each month goes to purchases of communication services, Ofcom, the U.K. communications regulator, says. Of that spending, nearly two percent is for mobile services, with combined fixed network voice and Internet access accounting for about a half percent of monthly spending.


Since 2010, spending on fixed voice and mobility services have dipped slightly, while spending on Internet access has grown. 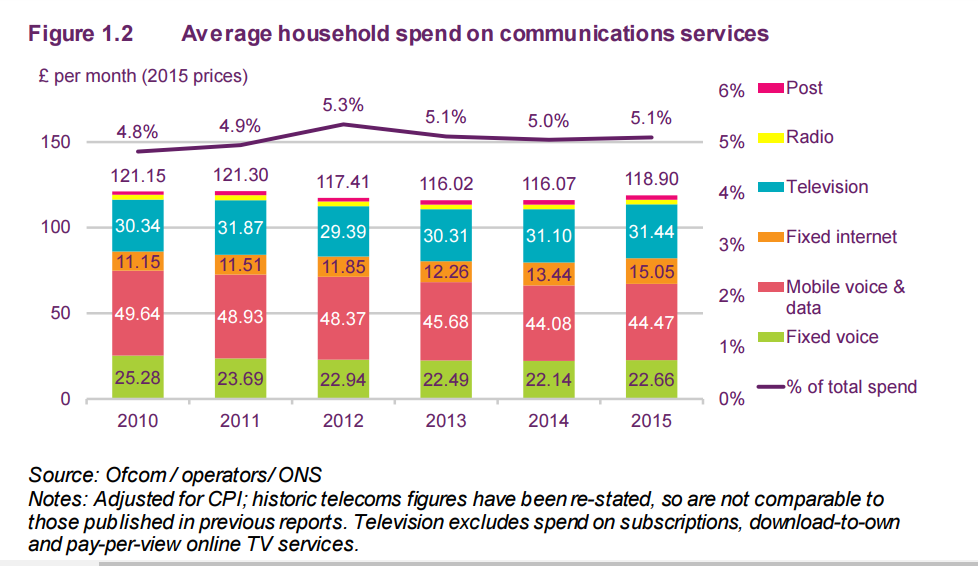 
This is largely a result of consumers switching to faster high speed access services.


There also has been  a steep increase in the proportion of adults going online on a mobile phone: with 66 percent of users 16 or older saying they used their mobile phone in 2016 to access the internet, up from 61 percent in 2015.


But U.K. mobile users increasingly are shifting their messaging activity to Instant messaging (IM), and away from text messaging.


The proportion of people using IM services such as WhatsApp is up from 28 percent to 43 percent, and photo or video messaging (MMS) has risen to more than 20 percent of adults in a given week. Both SMS text messaging and email use are dropping.


Still, 70 percent of mobile users use email every week, while 63 percent use text messaging.