In 2015, the average U.K. household buying fixed network Internet access consumed 82 GB of data each month, a 41 percent increase compared to the 58 GB per month recorded in June 2014. 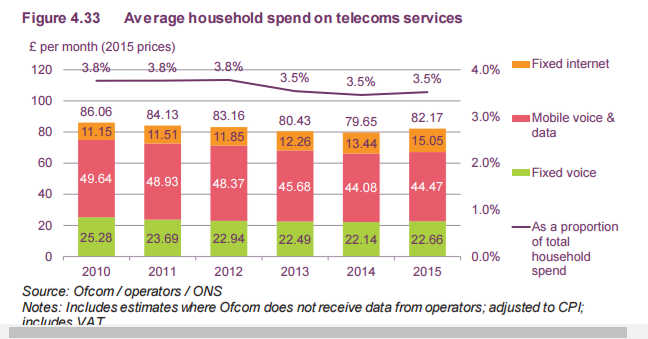 
In the consumer segment, average revenue per account drove a 3.2 percent increase in telecom spending.


The total number of outgoing SMS and MMS messages continued to fall in 2015, down by eight billion messages (7.6 percent) to 101 billion messages, although this was a smaller fall than in either 2013 or 2014, in large part because people are shifting to over the top messaging alternatives.