Supply-driven pricing is not a totally new concept, if Uber has made it obvious in a new way. Though not priced in real time, electricity, drinking water, airline and many other types of tickets feature prices that vary by time of purchase or other conditions.


We can argue about whether supply-related or demand-related drivers are more common, but historically, pricing differentials to encourage people to use a product “off peak,”, or charge higher prices for higher usage, are relatively common.


Several decades ago, when long distance calling was actually expensive (international calls once cost many dollars per minute), carriers sometimes charged lower rates for off-peak use of the network.


But we have better demand management mechanisms, one can argue. So some argue we should move to on demand access to spectrum.


Google already uses a simple form of supply-driven network access, switching customers of Google Fi mobile service from Wi-Fi to either the Sprint or T-Mobile US network, depending on signal strength and availability.


Higher prices when supply is stressed, and lower prices off peak could rationalize the use of spectrum and network resources, without a lot of complicated overhead. Greater efficiency, at low cost, would be helpful for suppliers.


On the other hand, the ability to shift supply from one network to another could decrease the scarcity value of any network resource. In that sense, there would be greater price competition amongst suppliers of access services.


It is hard to divine the impact on value of spectrum assets, as there are other very-big supply-related changes coming (spectrum sharing, unlicensed spectrum, millimeter wave spectrum). 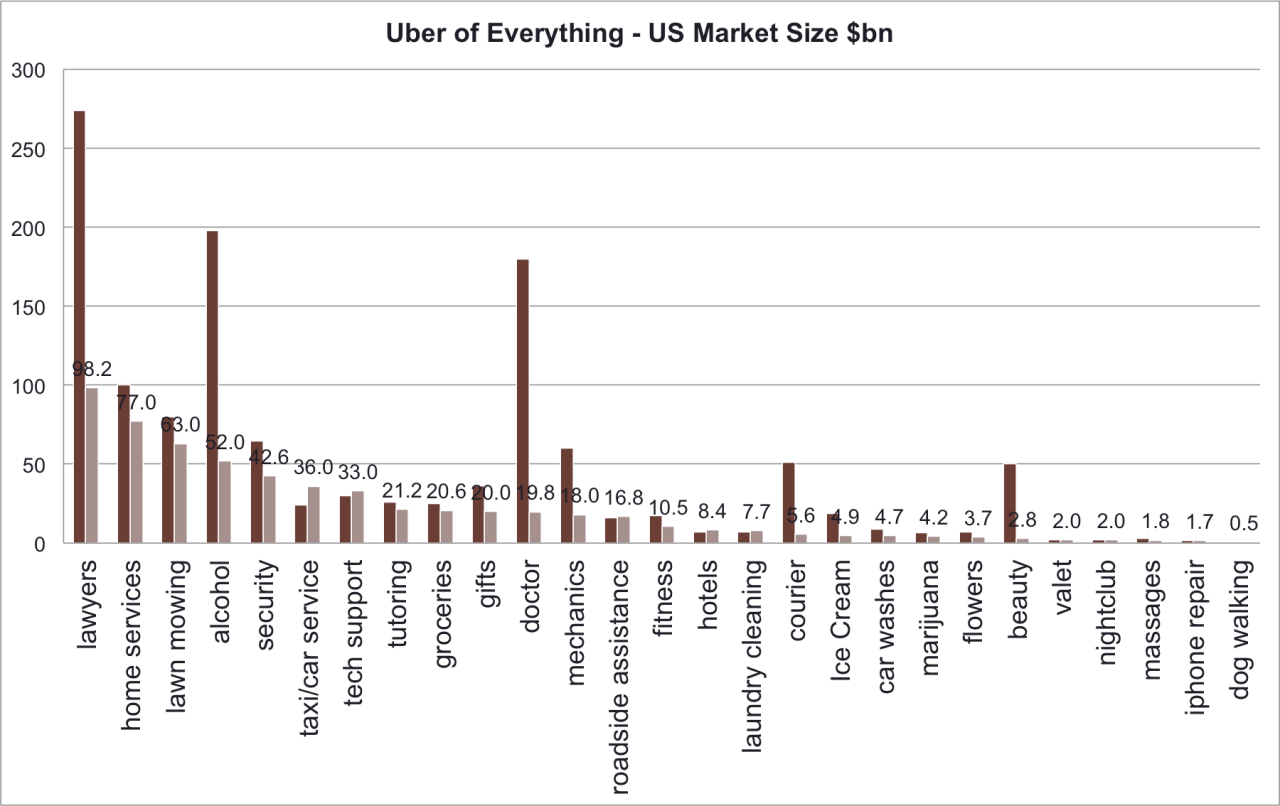 
Much could depend on which part of “uberization” winds up applying most: surge pricing, demand shifting or supply shifting. Surge pricing--with its impact on demand shaping--might be most benign for suppliers, as it is simply an efficient way of rationing assets at times of high demand, or encouraging network use off peak.

Supply shifting--moving usage from one supplier to another in real time--is likely to be much more disruptive.
at August 19, 2016