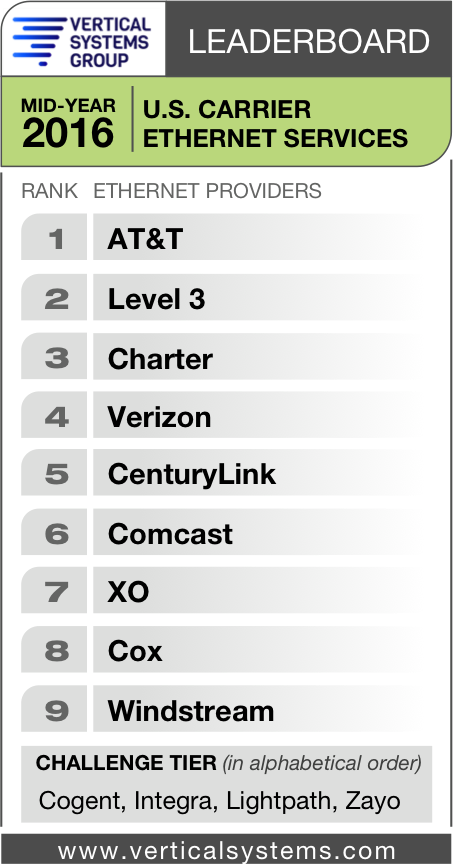 Charter Communications has passed Verizon as a supplier of carrier Ethernet services (as measured by port share)  to U.S. business customers, according to Vertical Systems Group.


That one data point is among many others showing that incumbent tier-one telcos are losing their “dominant” position in many market segments. Some would argue that means regulatory policy should change, as well.


Charter instantly becomes the third-largest supplier, as a result of its acquisitions of Time Warner Cable and Bright House.


At the end of 2015, Time Warner Cable was the top Cable industry supplier, and ranked fifth. Charter Spectrum is now the largest cable industry provider of retail Ethernet services.


Verizon drops to fourth from third and CenturyLink moves from fourth to fifth.


"The competitive balance of the Ethernet marketplace is evident, as more than 60 percent of new connections were delivered by CLECs and Cable MSOs during the first half of 2016," said Rick Malone, Principal of Vertical Systems Group. "Our analysis shows a 17 percent annualized growth rate for U.S. carrier Ethernet services for the full year."