Progress is very swift in the Internet access business. In 2009, the average Internet access speed in Australia was about 12 Mbps. So at the time, a boost to 25 Mbps, the minimum national speed promised by the National Broadband Network,  sounded pretty good.


In 2009, the average Internet access customer In the United Kingdom was getting 4 Mbps. So a boost to “superfast” (24 Mbps to 30 Mbps) likewise sounded pretty good.


That same year, typical U.S. speeds were in the 5 Mbps range. By 2015, though, average U.S. downstream speeds had climbed to nearly 36 Mbps.


So we don’t hear much about 24 Mbps or 30 Mbps being “superfast.” The U.S. Federal Communications Commission, in fact defines broadband as being a minimum of 25 Mbps downstream.

Among other ISPs, Google Fiber is the absolute fastest, offering average downstream speeds of 354 Mbps.


In other words, what once was a “goal” now is simply a “fact.” For expensive, long-lived assets such as Internet access networks, all that shows how dangerous it is to make too many assumptions about “where we are, and where we are going,” where it comes to the Internet and Internet access.


Give Google Fiber credit for kicking off a major upgrade cycle in the U.S, market, despite some mocking of that role by AT&T.


But typical speeds have been increasing fast. In fact, Comcast, the leading U.S. Internet service provider, has been increasing speeds at rate equivalent to Moore’s Law--doubling about every 18 months.


With 5G coming fast, even mobile Internet access is going to happen at gigabit speeds. 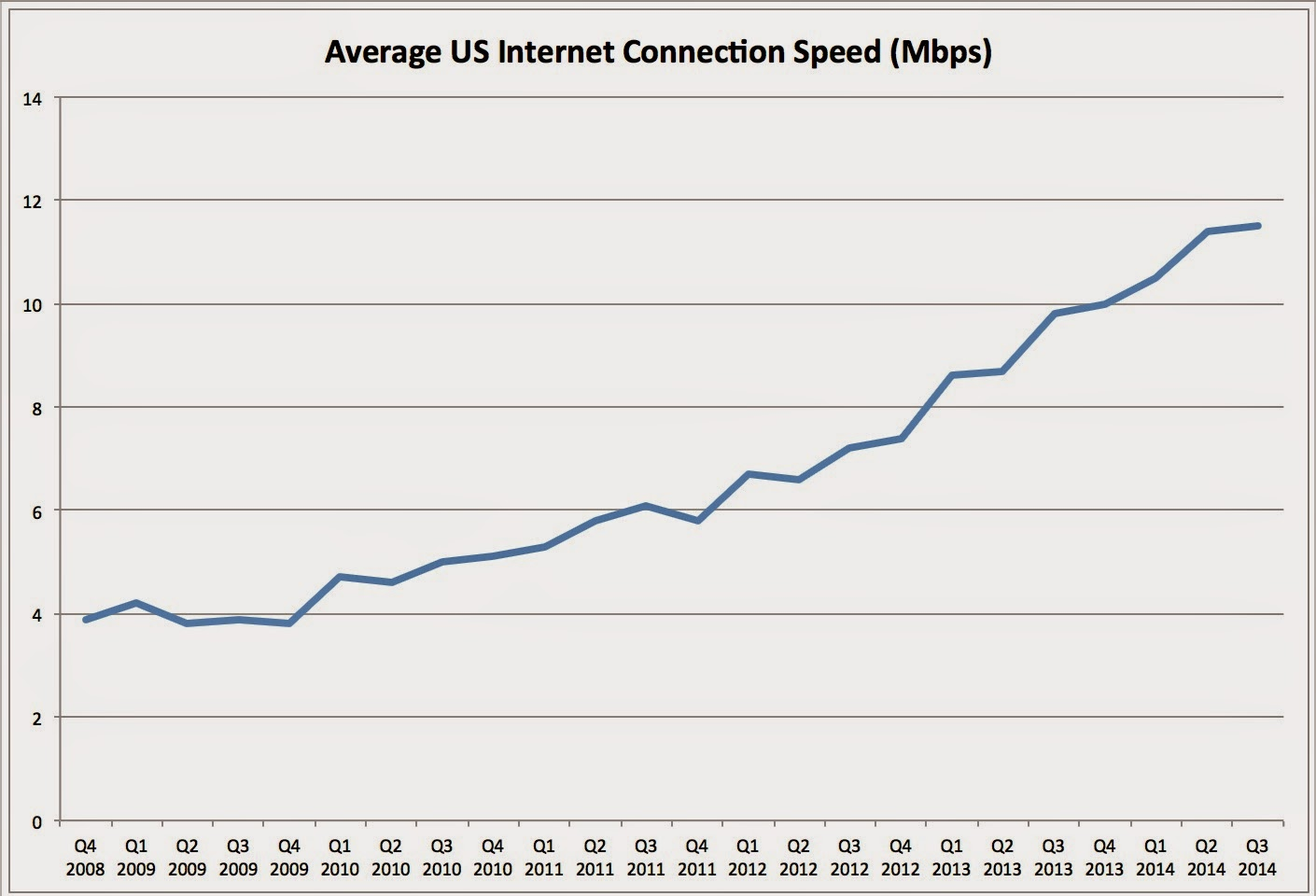 
Australia’s NBN now says the whole network will be finished by 2020. The NBN expects to earn about A$5 billion in wholesale revenue, with average revenue per user forecast at A$52.


The network also will deliver speeds of at least 50 Mbps downstream to 90 percent of fixed line premises.

Perhaps oddly, only customers served by hybrid fiber coax networks will be able to get gigabit per second service.
at August 31, 2016