The internet in the United States has gotten significantly faster in 2016, according to Speedtest.


The typical U.S. fixed broadband consumer saw average download speeds greater than 50 Mbps for the first time ever during the first six months of 2016, topping out at 54.97 Mbps in June 2016.


That represents a 42 percent increase in download speed year-over-year. Upload speed improved by over 50 percent since last year, with the average consumer having upload speed of 18.88 Mbps.


Mobile Internet customers have also seen performance gains, improving by more than 30 percent since 2015 with an average download speed of 19.27 Mbps in the first six months of 2016.


Also, access medium is becoming less directly connected with speed. Cable TV hybrid fiber coax networks, for example, lead most other networks, including some fiber to home networks, for speed. Over time, mobile and fixed wireless networks also will reach into gigabit ranges, further severing the connection between physical media and top speeds. 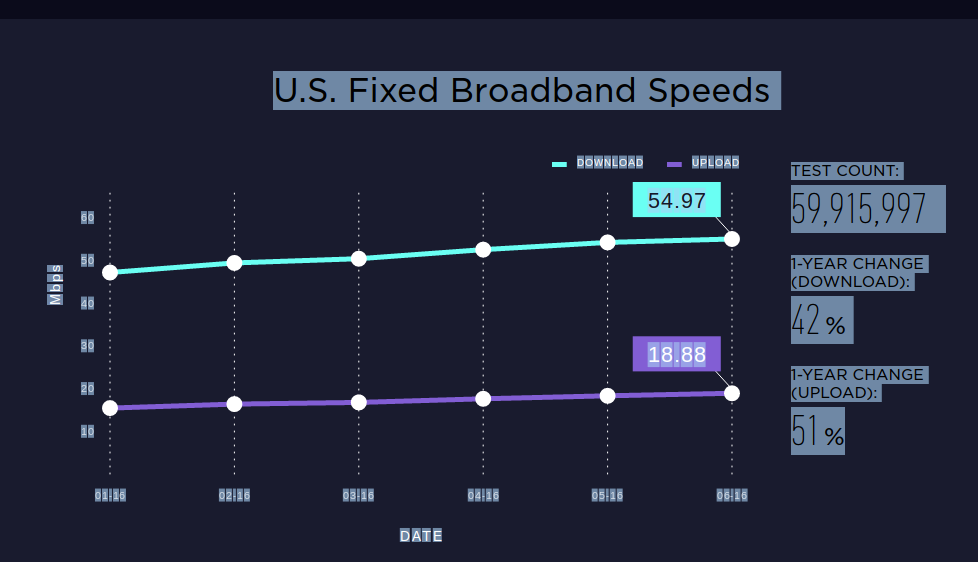