15% of U.S. Residents Have Used Ride-Sharing, 11% Have Used a Home-Sharing Service


A majority of regular ride-hailing users are car owners or drivers, but are significantly more likely to use a range of other transportation options. 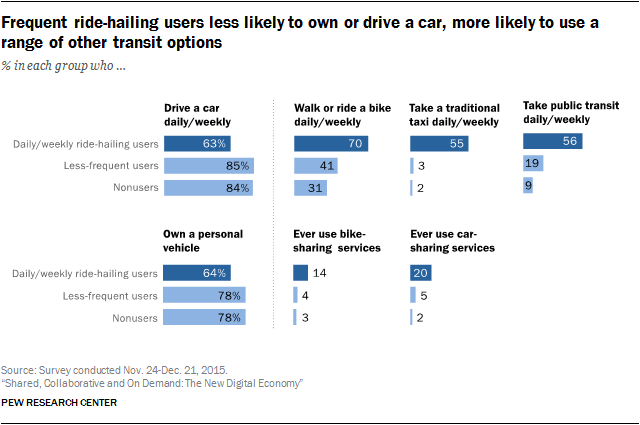 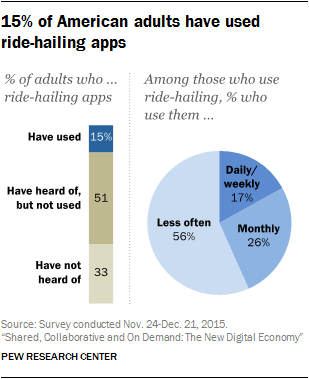 Ride-hailing apps appeal heavily to younger adults. The median age of adult ride-hailing users in the United States is 33, and 18- to 29-year-olds are seven times as likely to use these services as are those age 65 and older (28 percent compared to four percent).


Ride-hailing use is also heavily concentrated among urban residents (especially younger urbanites and those with relatively high levels of income and educational attainment), while being consistently low among rural residents of all kinds.