How Big Can Telco Cloud or Platform Become?

Whenever major new technology transformations begin, it is virtually always the case that leading incumbent suppliers begin to cast their “legacy” or present offerings in terms that mimic or co-opt the concepts of the emerging technology.


So it is that we now hear much more about use of network functions virtualization and related trends, both as a way to reduce cost and create a growth platform. All the terms suggest that a telecommunications network built on NFV not only costs less to build and operate, but also offers flexible service creation and delivery.


The bigger question is whether that service creation capability can used with other assets to create a sort of operating system, digital services enabler, platform or telco cloud, with the emphasis on how assets can be leveraged in the same way as any other platform, attracting developers and services built on that platform.


Whether that is possible, and to what extent, remains the big question. Some already predict that new service revenue could reach 10.5 percent of total by 2021. That is helpful.

But some might note that such amounts are going to be less than service providers stand to lose in legacy revenue by that point. And that's the problem: revenue creation lags service creation.

There's no argument about the need for greater efficiency and virtualization, at the very least as a way to attack operating and capital investment costs. 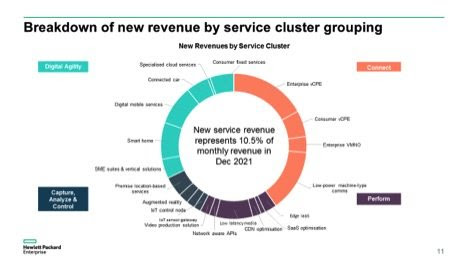 The “idea of telco cloud is that CSPs need to embrace and use all the wonderful technologies that have emerged in Enterprise IT--standardization virtualization, standardization--ultimately manifest in cloud as a transformative service delivery and consumption model,” Hewlett Packard Enterprise executives have argued.


That is the least-controversial part of the big idea. Agility, as such, is less the idea.


The stretch is using the software-defined network to create service opportunities built on extending use of the platform to third party developers and service providers.


As intriguing as the idea of telcos as platforms might be, it remains unclear how big an opportunity that might be.


Analysys Mason, for example, calls for telcos to shift to a platform-based model.


“Platforms are the key to success in the digital economy,” Analysys Mason analysts argue.To be clear, that means creating a role something like that possessed by Apple, AirBnB, Alibaba, Amazon, Facebook, Google, LinkedIn, Rakuten, salesforce.com, Uber, Xbox and others.


Platform providers build ecosystems around their core business. Apple and Google have thousands of developers and hundreds of accessory manufacturers continually creating complementary products for each ecosystem.


The attractiveness of the idea cannot be denied.


For years, the largest communications service providers have relied on wireless service to offset declines in landline voice while still providing modest revenue growth. “Those days may finally be coming to an end,” said Bala Thekkedath, Hewlett Packard Enterprise marketing director for the Communications Solutions Business unit. “With over-the-top players having jumped into the game, the economics of wireless services will never be the same.”


In other words, the legacy revenue models are going away, and something--or many things--that are very big must be created to replace the lost revenues.

Or, we should be clear, “telcos” and “access provides” will have to become smaller businesses, as measured by provider revenue. That is not to say the function is in any way diminished, only that the revenue and profit margin to be wrung from supplying that function might have to shrink.
at May 02, 2016